For Such a Time as This

Esther 4:14
“For if you remain silent at this time, relief and deliverance will arise for the Jews from another place and you and your father’s house will perish. And who knows whether you have not attained royalty for such a time as this?”

The Spirit of Christ has been speaking in a profound manner ever since I began this trip on 8/8/8 to go forth and proclaim a message of the cross and surrender, and to prepare the children of God for coming days of judgment and great calamity. The Spirit of Christ is declaring that we are entering days of great prophetic fulfillment and a work is to be accomplished by His Spirit that no human effort and industry could begin to perform. He has prepared vessels for just such a time as this, and they will be sent forth to the nations in this hour. Consider the testimony of the following sign. 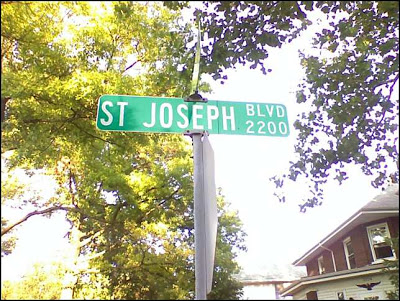 I have shared previously concerning the meaning of various numbers. The number 22 stands for cutting away the flesh, removing evil from among the people of God, and crucifixion. When a number is raised to the level of the hundreds is pertains to the nations.

In my testimony I have shared how the Lord spoke to me back in the year 2000 and told me that He was preparing me for a ministry of flesh cutting, for all flesh is as grass.

Isaiah 40:6-7
A voice says, “Call out.” Then he answered, “What shall I call out?” All flesh is grass, and all its loveliness is like the flower of the field. The grass withers, the flower fades, when the breath of Yahweh blows upon it; Surely the people are grass.

God spoke to me in 2000 that He was preparing me for a ministry of cutting grass, a ministry that was recently signified in the great heavenly event in the Constellation Bootes. I believe this sign reveals that this ministry is at this hour being inaugurated, and I am one of many who will be sent forth of the Lord who is pictured in this constellation as a shepherd with a scythe in hand, an ancient instrument of grass cutting.

When God spoke to me of this calling eight years ago He told me that He would have to remove the flesh from my own life before He could use me to remove flesh from the lives of His children. This personal flesh cutting on an individual level is typified by the number 22. When this work is done on a national level it is typified by the number 2200. Notice then the first picture where St. Joseph Blvd. has the number 2200 right alongside it. This very signpost has the name of the intersecting street as well, which is revealed in the next picture. 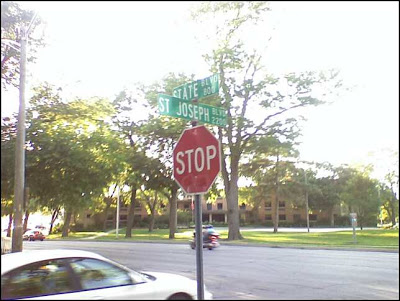 One sign reads “STATE BLVD 800″ while the other reads “ST JOSEPH 2200.” Let me tell you the significance of these signs and how the Father directed me to them. The Lord has sent me to Fort Wayne, Indiana to speak at a discipleship school. Upon arriving I observed that the house the school was to be held in, and in which I was to speak, was on St. Joseph Blvd. I was staying with a brother in Christ and his family just a few blocks away on Alabama Avenue. The entire neighborhood in which these houses lie bear the names of various states, and State Blvd. runs along the length of the neighborhood.

Randy and I had gone to the grocery store one day this past week, and in returning we took a wrong turn, which turned out to be orchestrated of the Lord. We realized our mistake and headed back to where we needed to be. We came to a stop sign and just at that moment a funeral procession came by and we waited as it crossed in front of us. In Fort Wayne, every car in a funeral procession as a sign on top of it that reads “Funeral.” I sensed that the Lord was saying that Randy and I were about to observe in this nation a time of great calamity.

Just the day before I had attended a local Bible Study and a young man who was new to the group shared a remarkable occurrence. He said that God at times directs him to a specific Scripture passage which He will speak to him through. Earlier that week the Lord spoke to him the words Isaiah 66. He turned in his Bible and read the chapter, but could not discern what the Lord was wanting to communicate to him. He waited patiently before the Lord, asking for further understanding when he was given a vision.

In the vision he saw three scenes. In the first one he saw a sword stuck solidly into the earth. In the second one he saw a dim and smoky scene where an American flag was waving in the wind. In the third scene he saw the word “Reunion” as if it was scrolling across a computer screen, and there were flames coming forth from the top of the letters.

This young brother often will relate his visions to a person who has been acting as a spiritual mentor in his life. This mentor is gifted prophetically and will often relate Scripture passages to the things this young man sees in his visions. The young man went to his mentor and shared with him the vision and waited for a reply. The mentor said, “Turn to Isaiah 66.” The young man was stunned, and he said, “You are kidding?” The mentor then had him read the following:

Isaiah 66:14-16
And the hand of the LORD shall be made known to His servants, but He shall be indignant toward His enemies. For behold, the LORD will come in fire and His chariots like the whirlwind, to render His anger with fury, and His rebuke with flames of fire. For the LORD will execute judgment by fire and by His sword on all flesh, and those slain by the LORD will be many.

The images of the sword and flames of fire are both observed in this passage. The Lord is indicating that He will bring forth a reunion between His heart and that of His children through a time of great judgment upon the nation. The slain of the Lord will be many, even as Randy and I watched as a procession of cars passed in front of us, all with a funeral sign atop them.

Once we left the funeral procession we returned to State Blvd. where we were able to get back to where we needed to go. Because we had taken a detour we went by the intersection of State Blvd. and St. Joseph Blvd. pictured above. I was immediately struck by what this “sign”ified. God was sending a Joseph company to the nation to proclaim a message of repentance and returning to the Lord, a message of the cross and surrender, and this would result in a great flesh cutting among the people of God. It was at this time that God will perform this work of removing all wickedness and sin from the lives of His elect, and He will bring forth a purified remnant in the earth.

As the previous blog indicated, this purified remnant is shown in type in the life of Jacob’s last son Benjamin. Benjamin was born as his mother was dying, experiencing severe birth pangs. The church in America will experience great birth pangs, and what she has been will be no more, yet out of her time of sorrow a purified remnant, a son of the right hand, will come forth. God will use those who are typified by Joseph to provide for this Benjamin group in days ahead. Joseph will take food from his table, and he will give to Benjamin five times as much as all of his other brethren who have preceded him.

In Rachel we see an image of the church who has long remained barren. The church has failed to bring forth mature sons in the image of Christ, but now at the end of the age, in a time of great sorrow, these mature sons will be manifest. The Spirit is testifying through many witnesses that this time is at hand. It is time for Joseph to go to the nation and share the food taken from his table with his brothers. Those who are of the company of Benjamin will receive five times as much as all others, and great gifts will be given to them.

Brothers and sisters, I have rarely ever received impressions of what is coming upon us as strongly as I have witnessed in the days since the Father has sent me out. I ask for your prayers that I might fulfill the ministry appointed to me, that I might be courageous in speaking forth the full counsel of the Lord. My heart is filled with an anticipation of the Lord raising up a purified remnant in the earth. Yes, there will be great sorrow and much loss in days ahead, but the Lord has declared His purpose in it all.

Ezekiel 14:22-23
Behold, survivors will be left in it who will be brought out, both sons and daughters. Behold, they are going to come forth to you and you will see their conduct and actions; then you will be comforted for the calamity which I have brought against Jerusalem for everything which I have brought upon it. Then they will comfort you when you see their conduct and actions, for you will know that I have not done in vain whatever I did to it,” declares Yahweh GOD.

The conduct of the people of God will be changed. No longer will God’s children devote themselves to a pursuit of idolatry and the accumulation of material gain and a life of ease and pleasure. No longer will the sons and daughters of God be led of their own soul and the desires and passions of the flesh. They will come forth with pure hearts devoted to Christ who purchased them from out of this world to be a peculiar possession unto Himself. These ones will become a people unto the praise of His glory. All who observe what He has done will be comforted for all the calamity that God has brought upon the church and the nation.