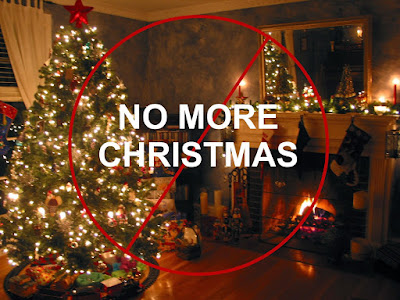 Many of my most joyous experiences as a child involved the Christmas holiday season. It was a special time of year when people would put extra attention into making their homes beautiful. I remember as a child watching my father, staple gun in hand, hanging strings of colored Christmas lights from the eaves of our home. It was a magical moment when darkness would fall and the outdoor lights would be switched on. A large wreath would also be hung on the door.
Inside, my mother would make everything beautiful as she was in charge of the interior decorating. Each year my parents would take me, along with my siblings, to choose a live fir tree to bring into the home. I remember the metal base my father would screw onto the bottom of the tree. It held a small water reservoir so that the tree could continue to draw moisture and not dry out so quickly, dropping fir needles onto the carpeted floor.
Either my father or mother would hang a string of lights on the Christmas tree. After this was done, they would allow us children to hang ornamental bulbs, tinsel, and other decorations, from the tree branches. It was an unusual time of family cooperation on a project, something that rarely occurred at any other time of year.
I distinctly remember one year when I was young, somewhere around seven years of age, being enthralled by the beauty of the Christmas tree. It had just been set up that evening. When the lights were turned on I was enraptured by the beauty of it. I lay on my back and scooted up under the boughs of the tree and looked at the twinkling colored lights through the branches. I was concerned that my mother might tell me to come out from under the tree, but she did not do so. I lay there for a long time, feeling like I was in some type of fairy land. Everything was so beautiful.
Our family typically decorated for Christmas the week after Thanksgiving. This gave us at least three weeks of the year when our home was awash with the sights, sounds, and fragrances of the Christmas holiday. I still remember the Christmas albums my mother would play on our old console phonograph. I can still hear Bing Crosby singing Christmas songs, as well as Perry Como. I also distinctly remember our Little Drummer Boy album. 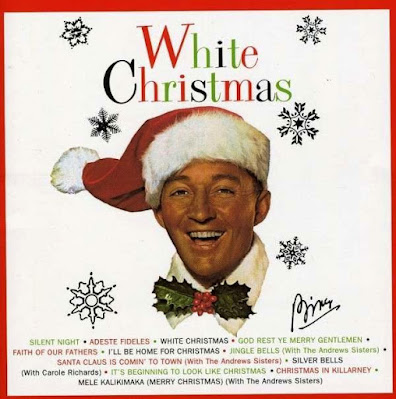 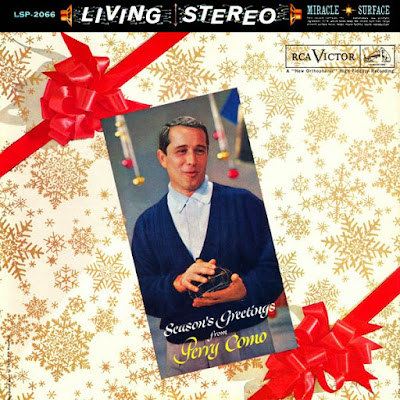 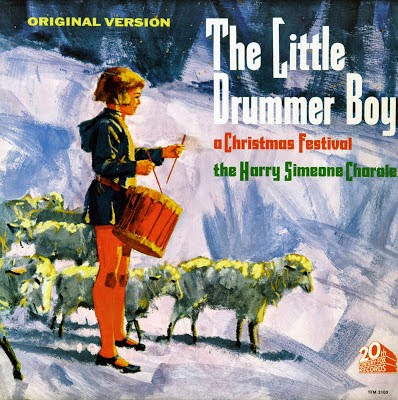 The Little Drummer Boy
The church community we were a part of would have various Christmas events during this season. Consequently, I had plenty of exposure to spiced apple cider, wassail, eggnog, Christmas cookies, fruitcake, and other holiday treats. Many years, we would make a trip from our home in Portland, Oregon up to Washington State close to the Canadian border to visit my mother’s relatives. I got to play with cousins I only saw once or twice a year.
Of course, the big event for a child is the opening of presents at Christmas. It was our family’s tradition to open gifts on Christmas Eve night. I suppose my two sisters and I (and later my younger brother) gave our parents so much grief about not wanting to wait until Christmas morning that they made it a tradition to give us our gifts the night before. This also allowed them to sleep in the next morning, as we would be occupied for many hours with our presents.
Many years, my parents would try to introduce some focus on the birth of Christ during our evening of gift giving as we gathered around the Christmas tree. I remember my father sitting us all down and reading to us the story of the birth of Christ from Luke’s Gospel. In truth, this is the only negative memory I have of Christmas. I remember how much I wanted my dad to finish reading the rather lengthy account from Luke so that we could begin opening presents. Here we were, young children sitting in the living room with the Christmas tree all alight and gifts piled underneath. Some of the gifts had been there for weeks as my sisters and I would shake boxes and try to peer through the wrapping paper in an attempt to discover what our parents had bought us. It was agonizing to be so close to having these new treasures in our hands, yet have to wait for my dad to read the account of the birth of Christ, the wise men, and the angels. 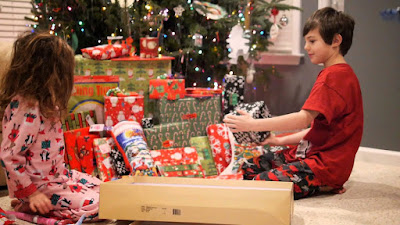 I share these childhood memories to note how utterly beguiling the Christmas holiday is. If Satan can get his hooks into us when we are children, it makes it all the more difficult to depart when we are adults. The saying is as true of Satan’s actions as it is of parents:
Proverbs 22:6
Train up a child in the way he should go, even when he is old he will not depart from it.
Perhaps there is some devilish humor at work in the fact that many people have adopted the tradition of setting up a small train track under the Christmas tree. Children are literally being “trained” to embrace rites, symbols, and traditions that originate in idolatrous worship of false deities. 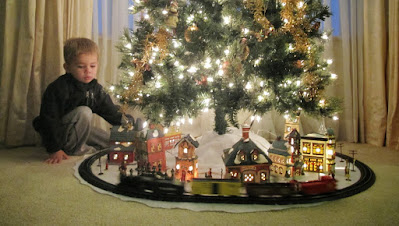 By the time I reached adulthood, I had thoroughly associated the Christmas holiday with thoughts of joy, excitement, pleasure, family gatherings, feasting, and beauty. I had grown up in churches that would erect a Christmas tree in the sanctuary, or decorate with poinsettias, garland, and wreaths, and hold Christmas plays where the children would act out the story of the birth of Christ. It all seemed so positive and innocent, as if God had blessed mankind with a special time of year when they could engage in celebratory activities that were pleasing to the flesh and soul of man, and do so without guilt. There is a Scripture passage that I find to most aptly describe my experiences of the Christmas holiday.
Exodus 32:5-6
“Tomorrow shall be a feast to Yahweh.” So the next day they rose early and offered burnt offerings, and brought peace offerings; and the people sat down to eat and to drink, and rose up to play.
If you don’t recognize the passage, I must inform you that this was no feast day that Yahweh ordained being spoken of here. These words are NOT in reference to Passover, Pentecost, or the Feast of Tabernacles. No! They are speaking of the Israelites’ feast they held before the golden calf when Moses was away up on the mountain of God receiving the tablets of the Law. 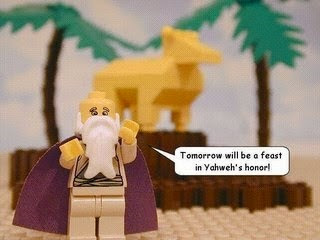