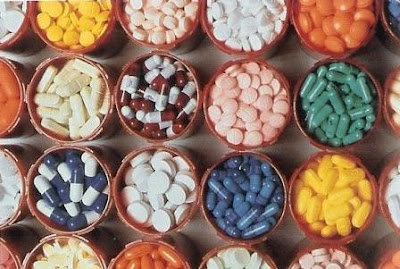 I want to call your attention to an absurdity of staggering dimensions. I want to draw your focus to a startling abnormality. There is something so out of skew, so overemphasized and prevalent in American society today (and in all other nations who conform to the same pattern), that a rational man who is unaccustomed to it would immediately be alarmed. Yet this aspect of our society is so ubiquitous, and it has been present for such a length of time, that most people do not even notice it, though it is all around them.
What I am speaking of is America’s dependence upon, addiction to, and appetite for, drugs, pills, or pharmaceutical products. Consider for a moment how many drug stores there are in any city in America. Any town of at least 10,000 citizens is bound to have several drug stores, such as Walgreens, CVS,  Rite Aid, Eckerd’s, Rexall, etc.. Then there are the department stores and grocery stores that sell drugs, many of which have in-house pharmacies that are fully staffed. 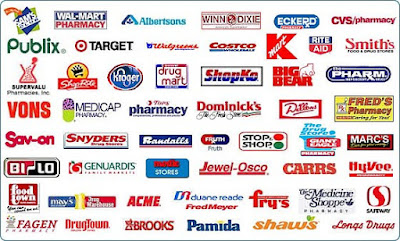 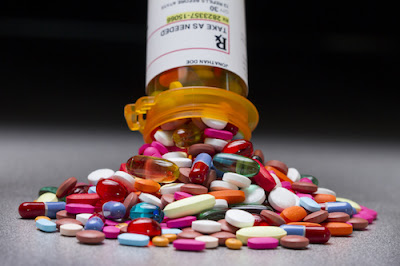 It is also interesting to note that at a time just prior to the American economy taking a sharp downturn, President George W. Bush successfully pushed for changes to be made in Medicaid that included paying for prescription drugs. When people have less money, they pare their spending, and many end up choosing between food and drugs. Consequently, a certain percentage will buy less drugs. The government is controlled by a global elite who have a great interest in keeping people using drugs, even when the economy takes a downturn.
Is it not peculiar that a President from the Republican party, a party known for its platform of “less government” and free market capitalism, would, at a time when the budget was encountering vast deficits year after year, push forth the largest increase of government social spending in decades?
On December 8, 2003 President Bush signed the Medicare (Prescription Drug Act) into law… Weeks after the signing, the White House’s 2004 budget request estimated the price of the Act at over $540 billion.
[Source: http://www.ucsusa.org/scientific_integrity/abuses_of_science/medicare-drug-bill.html]
Thus, at its inception, the government budgeted an amount equivalent to $1,800 for every man, woman and child in America. This money was to go directly to the pockets of the pharmaceutical companies. Beyond any question in my mind, there is tremendous financial corruption present in these activities. Yet the ultimate agenda behind getting a majority of the population dependent upon prescription medications, then positioning the government as the dispenser of these drugs, is control.
In 1961 Ronald Reagan made the following statement in a speech.
“One of the traditional methods of imposing statism, or socialism, on a people has been by way of medicine. It’s very easy to disguise a medical program as a humanitarian project. Most people are a little reluctant to oppose anything that suggests medical care for people who possibly can’t afford it.”- Ronald Reagan
Rick Joyner, the head of Morningstar Ministries, in a recent Special Bulletin commenting on President Obama’s massive new Health Care Reform Bill, stated:
It is beyond anything I thought I would ever see in my lifetime that such a bill could ever be seriously considered in the U.S. Congress. This bill has the potential for totalitarian control to be imposed on America to a degree that Hitler and Stalin could not have even imagined. With the technology available now, totalitarian control can very quickly be imposed to a degree far beyond what was attained by either the Nazis or the Communists, and this bill has provisions in it for just that. It mandates the sharing of all of your personal information, from just about every conceivable source, with the new health care bureaucracy being set up to implement this national health care system. The penalties for trying to escape this web are serious. This would actually make America into a national concentration camp, and we can be sure that ultimately it will be a national death camp…
In the early 1990s, myself and a few other prophetic friends were all shown separately, but at the same general time, that the same evil that gained access to Germany in the 1930s was going to seek access to America. I have shared this often since then, and have made many trips to Germany to seek to understand what happened there. Col. Eugene Bird became one of my dearest friends, and I spent many days with him listening to what he had learned about this, which was considerable. Col. Bird was the U.S. Commandant of the Spandau Prison that held the Nazi war criminals, and ultimately became the one many considered to be the foremost authority on Nazi Germany. Bird’s insight into how evil can gain entry into the human soul and into governments was remarkable, but I always had trouble seeing a connection that would allow what happened there to actually happen in America. Bird often chastised me for this, warning that it could easily happen in America (Col. Bird lived most of his life in Germany, where he became loved and esteemed by that nation, but he remained a patriotic American to the end). Bird often explained how the evil spirit of death that took over Germany gained entry through its health care system. Now it is easy to see what he was talking about in what is being proposed by the Obama Administration.
[Source: http://www.morningstarministries.org/Publisher/Article.aspx?ID=1000054411] 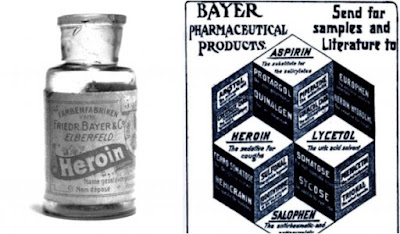