What does it mean to be exposed to pornography? Are you sure the pornography is going to be between a guy and a girl? That is bad enough. Perhaps it is between two or more guys. Two weeks ago I received a letter from one of my past contributors. He lives in another country and is among the well to do. He wrote to ask for help with his son who is 18 years old. His son announced to him that he was gay and he had a homosexual boyfriend on the Internet. They were separated by several thousand miles, but he said he chatted with this person every day and had “cyber sex” with him.

People of God, I do not share these things with you for no purpose. I share that you might take steps to rescue your families from hell. It takes only a little time. Setup the software on all the computers that the individuals in your family have. If you are the man of the house, don’t take ‘no’ for an answer. My father was a Christian man. What a difference it would have made if he asked me what I was doing every day. Instead, he came home from work, and on Wednesday he would take us to church. There was no talking to us about what we were encountering in life.

Please know that it wasn’t because my father was a mean and cold man. He was saved when I was 3 years old, and my mother with him. But he had been raised by a hard man. His mother died when he was 10 years old, and his mother-in-law never had the same relationship with him. He accepted much abuse from his father, but loved him just the same. As an adult he made his home in Oregon and his father lived in Georgia. He returned to Georgia when I was 15. His father died from tuberculosis not many years later. My father had never learned to be a hands on dad. Even with the example of many godly fathers in the Bible it did not catch on. I grew up with a hands off dad. He provided well for us as a family, and took us to church, but that was it.

I want you to know that there are going to be no hands off fathers who win the war on morals with their boys. A father who gives a son a computer, smart phone, or tablet cannot expect them to stay focused on moral entities. If you are going to be an outsider to your children’s lives, then you are going to watch them fall into immorality. You don’t have any promises about the results if you are an inside dad, but at least you will have no responsibility if they turn to follow Satan. It is precious few who will follow the Lord with a whole heart.

Jeremiah 3:14-15
“Return, O backsliding children,” says Yahweh; “for I am married to you. I will take you, one from a city and two from a family, and I will bring you to Zion.” 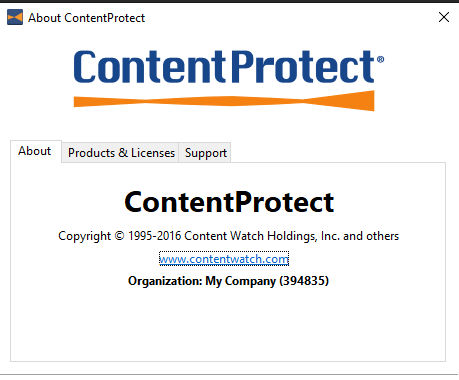 Do you think such a thing is too hard? Is it overly difficult? Lock up your computer. You spend so much time on it, what is one hour to set it up? If you need help, get help. There are a lot of computer savvy people today. You must have one friend or associate who is knowledgeable with computers. I will supply you with a review of ten of these programs again.

Suppose you do not like Internet filtering software. There are other solutions. There is a type of program that does not filter, but rather forms an accountability role with another godly person. The most popular of this type of program is called Covenant Eyes. 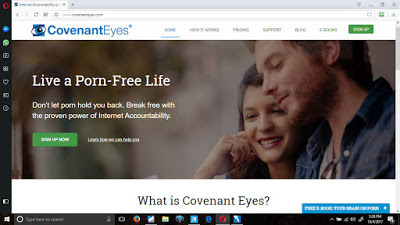 This type of program would require a very good accountability partner, and it is not free. It sends reports to family and/or friends regarding your viewing history. It will work on all types of devices. It also includes some filtering if you pay for it. Covenant Eyes runs at $10.99 a month for an individual, or $15.99 a month for a family.

There are other programs like this. One of them is Ever Accountable. It runs at $6.99 a month for an individual, and $9.99 for a family.

There are additionally many programs that are built for children, but a couple are for people of any age. These are largely different programs in that they block harmful sites or content. Covenant Eyes received a low score on this page because it is built different.

I personally prefer the program Content Protect. It is a very good program sold to tens of thousands of companies. It works well for me and is only $39.99. Don’t just complain about all of the pornographic pictures on the web. Get rid of them. Children can’t be expected to have the moral strength to win this war with huge Internet companies that are everywhere. Adults shouldn’t put themselves in places they can be attacked. I didn’t know these programs were available a month ago. Now that I know I will gladly have one on my computer (Content Protect). Won’t you?

If one understands the Internet, and knows that it is a network with many tie-ins to the government, they would perhaps be more careful with it. The data that goes out over the Internet is routed through many different routers and switches. These routers are built by companies like Cisco, Juniper Networks, Arista, and Hewlett Packard. They have back doors built in to them to allow government agencies like the NSA to constantly monitor them. Some of the biggest sites on the Internet are CIA controlled. These include Google, YouTube, Microsoft, Apple, Yahoo, and many others.

If you read the article on how the CIA made Google, you can skip the first part about Charlie Hebdo. It is misleading, for Charlie Hebdo was one of the clearest cases of the government aristocracy pulling a quick one over they eyes of the people. I merely share the article to show you the government’s participation in creating global corporations that serve a purpose of evil.

The point I would like to make is that any company formed by the global corporatocracy is not going to be moral. Google’s moniker may be “Don’t be evil,” but they are the leading champion of evil this day. They also own YouTube, and the two of them make up the number one and number two sites on the Internet. YouTube may be supposed to have no nudity on it, but it is full of it. They only remove it when someone complains about it. And Google make no bones about the pornography they display. Why does the world’s largest site offer up so much pornography? Why does it not condemn homosexual images? The answer to that may have something to do with its location in San Francisco. Mountain View, California is a bedroom community of San Francisco. Google also have additional office space in San Francisco. “Don’t be evil” could have been the theme for Sodom and Gomorrah. All you have to do is call evil good and good evil. 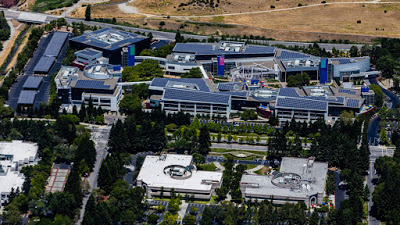 San Francisco may be the center of Google’s home, but she has additional offices all over the United States and across the world. 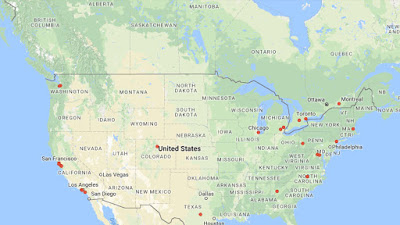 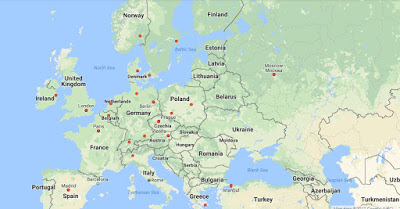 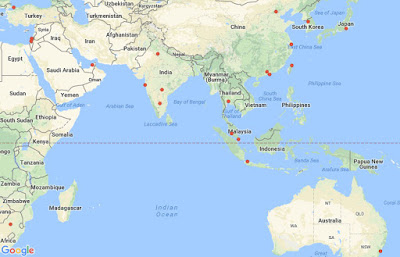 Wikipedia is a free encyclopedia of the whole world. It was founded by Jimmy Wales. In order to keep a low profile and appear as a unprejudiced Encyclopedia founder, Jimmy Wales is critical of any of Wikipedia’s contributors appearing to have government ties. His first “Wikipedian of the Year” went to a man who was from Kazakhstan. A few years later the man was appointed deputy governor of Kazakhstan’s Kyzylorda region. Jimmy Wales has gone through numerous contortions in denying any knowledge of this man’s government relations. His encyclopedia is supposed to be free of prejudice, but all of the Kazakh articles are filled with bias.

Whether Wales started off pure is hard to say. At some point friends of the global corporatocracy got involved. The website would never have been allowed to get so big without it. Doing a little sleuthing one can find Trustees of the Jimmy Wales Foundation that are also members of the Council on Foreign Relations. One such man is Doron Weber.

Weber serves as President of the Board of The Writers Room, Director of Espresso Book Store & Café Holdings, Board Visitor of the Wikimedia Foundation, and Trustee of the Jimmy Wales Foundation. A member of the Council on Foreign Relations and USA Triathlon, Mr. Weber was educated at Brown University, the Sorbonne and Oxford.
[Source: https://www.linkedin.com/in/doronweber]

It is little wonder that Jimmy Wales lets so much smut be put up on his website. Google does the same. They are all members of the Council on Foreign Relations. I want you to see that the Internet is not a neutral place. Satan has his group stacked against Christ’s remnant. He wants those who go to get something moral and holy to be carried off into immorality and unholiness. It was Yahweh who directed me to start my website [www.heart4god.ws] in 2000. He later instructed me to start the blog site in 2008. He is not against the web, but He does want His people to beware of the things that are everywhere that will trip them up.

If it is necessary that you install software to protect yourself against the pornography that is everywhere on the Internet, then why not do so? It only takes a little effort. The choice could be one that saves someone from many pains.