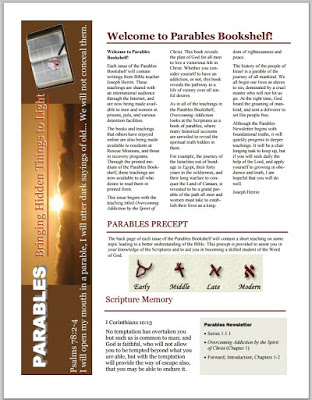 It is hard to imagine that it has now been more than 5 years since the Father directed me to begin a newsletter ministry for men in prison. Looking back over past blog posts I see that it was February 26, 2010 that I announced the availability of the first Parables Bookshelf Newsletters. That was 5 years, 6 months, and 24 days ago. I believe I started out by sending newsletters to 2 men in one Georgia prison. Merely by word of mouth and men transferring between facilities, I am now sending newsletters to 38 different prisons.

At the first facility I sent newsletters to, Ware State Prison, 56 men have requested to be added to the mailing list, 49 of which are still actively receiving them. I have always viewed this prison where the newsletter ministry was birthed to be significant, as the town it is located in is Waycross, Georgia. Waycross speaks of the way of the cross. Truly many men in this prison are learning the significance of the cross of Christ and what it means for them to take up their own cross and follow after Yahshua. Nicholas Teal, the young man who came to live with me for 6 months after his release from prison, was first introduced to me while he was being held at Ware State Prison as another inmate began sharing the Parables Bookshelf Newsletters with him.

Currently, I am receiving between 3-6 new requests each week from men who are writing to be added to the mailing list. Yahweh has blessed me to be able to keep up with this growing outreach  as I have recently been blessed with the gift of a much more capable printer. Yahweh allowed me to retire my previous color laser printer which had a recommended duty cycle of 500-3,000 pages per month. When I replaced that printer about a month ago I was printing 3,000 pages every week, and it was taking a toll on the printer. A brother in Christ wrote to ask me specifically if I needed a better printer for ministry needs. He then paid the full amount to purchase a Xerox solid ink printer that retailed for $2,200 dollars. This printer has a much higher duty cycle rating. 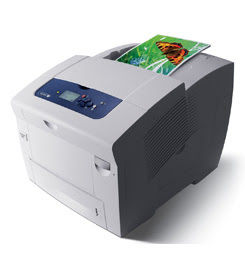 (I like that they advertise the printer with an image of a butterfly for the butterfly signifies a transformed life.)

In the first month of use, I printed 12,157 pages and have been exceptionally impressed with every aspect of the printer. It is faster, outputs exceptional quality printed pages, has had no mechanical issues, not even a paper jam, and is much more economical to operate than the color laser printer I had previously. One benefit of using this new printer that has meant more to me than I anticipated has been recovering the space I formerly had to reserve to store laser toner refill bottles and toner cartridges, as well as other printer parts that had to be replaced (image drum, belt unit, waste toner container). The small blocks of solid ink used in the ColorQube take up much less space, and space is at a premium when you live in a motorhome. It has been a boon to recover a significant amount of space that I can put to other uses.

In addition to the new printer, I was blessed to have another brother in Christ volunteer to create an Excel based application to automate the data entry for the mailing list as well as automating the weekly print run for the newsletters. This has saved me many hours each week in labor and has made it much easier to pull up inmate’s records and make changes when needed.

Over the last 5 years of mailing out newsletters, I would occasionally have a newsletter returned, and frequently the newsletters would show signs of being mauled by the mail sorting equipment. I wondered how often this might be happening, and what shape the newsletters were arriving in when they reached the men in prison. This issue came to the forefront recently when a postal employee put a notice in my mailbox. When I spoke to them they informed me that some of the newsletters were being sent back because they did not meet the USPS criteria for machinable mail. The newsletters weigh more than one ounce, and less than two ounces, requiring (at present) a 71 cent stamp. If they are non-machinable, the post office is supposed to collect an additional 22 cents because the mail must be hand sorted.

I did a quick calculation of the postage increase, and determined that if I began putting 93 cent stamps on each newsletter it would cost an additional $1,600 a year at my current volume, and that volume is increasing. So I asked what was required to make the newsletters machinable. I was informed that I would have to turn the address over so it is facing the other direction, putting the open end of the newsletters at the top of the address, rather than the bottom. I would also have to place mailing seals on both the left and right hand sides of the newsletters to keep the edges from getting caught in the machinery.

Going into all the newsletters I have created, which at present total about 150 in the complete series, and correcting the address page by flipping it over, would be tedious, but it would not cost anything. The mailing seals are relatively inexpensive, less than a penny per newsletter, and they would save me 22 cents for each newsletter sent out. So I have spent this morning making the necessary changes. 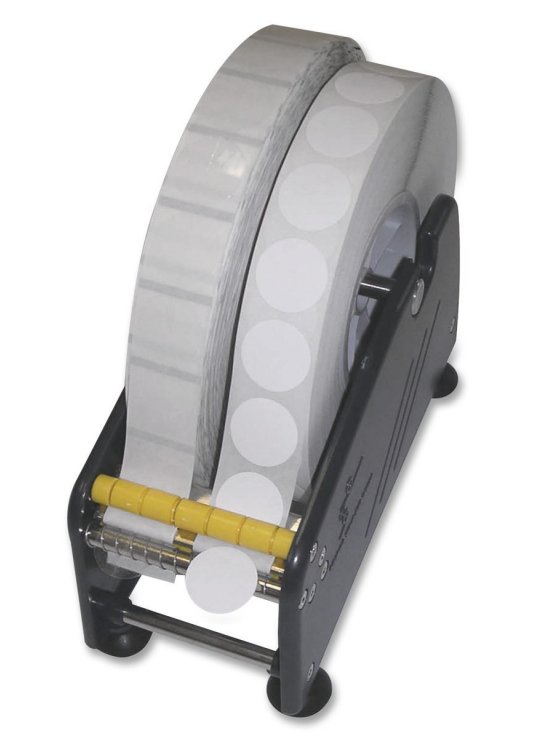 I updated the Newsletter Page on the Heart4God website to include the new instructions on how to fold and seal the newsletters. Note: You can use Scotch tape to seal the edges of the newsletters, but if you are doing a large amount, the mailing seals are much more efficient in cost and labor. 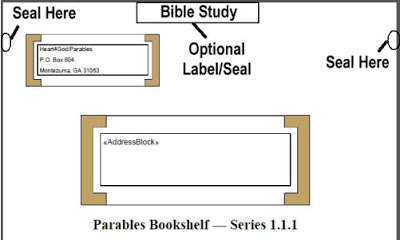 You can find the instructions at the following page:

I replaced all the previous newsletter PDF files on the Heart4God website with the corrected ones. For those who are unfamiliar with them, the newsletters contain the books, and many other shorter writings, I have authored over the past 16 years. They are broken down into sections that can be formatted to fit the newsletters, each of which contains between 16-26 pages (8-13 sheets of paper printed front and back). They are an excellent way to share the books and other writings available on the Heart4God website and Parables Blog. You can find a complete index of the newsletters, and links to download each one in PDF format, at the following webpage.

Putting seals on both ends of the newsletters will increase the manual labor of prepping them for mailing, but I often watch, or listen to, some online content of a subject I am studying while I do this work, so the time passes quickly. I am looking into alternatives for folding and pressing the newsletters as I have been doing this by hand. My thumbs have toughened up over the years from doing this weekly, but I would like to be able to put a sharper fold on the newsletters so they will lay flat in the mail and not get caught in the machinery.

I came across an interesting contraption yesterday as I was looking into the matter. It is a home built paper folder that an organization was using to fold newsletters that were identical in size and thickness to the one’s I produce. I may build one to see how well it works. 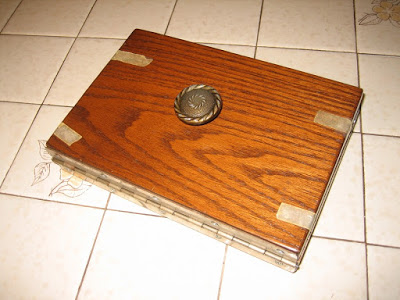 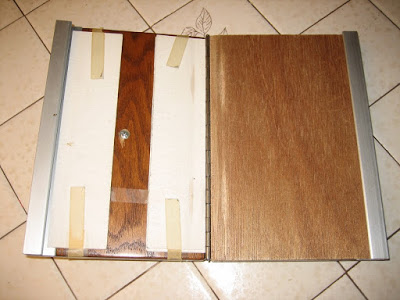 The top and bottom edges of the paper go in the metal tracks on either end. Then when the contraption is closed using the piano hinge in the center, the newsletter is folded and pressed. I don’t think it will be any faster than my current method of folding and creasing the newsletters by hand, but it holds the possibility of putting a sharper fold in the paper so it will lie flatter.

For those interested, I also posted the book Push Back in newsletter format. This book is focused on the issue of homosexuality. You can find the newsletters at the link provided above.