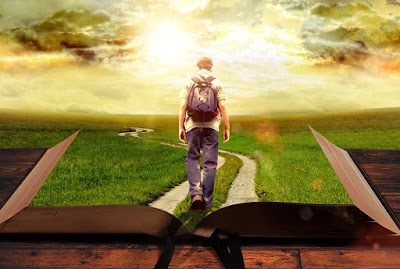 Isaiah 42:18-20
Hear, you deaf! And look, you blind, that you may see. Who is blind but My servant, or so deaf as My messenger whom I send? Who is so blind as he that is at peace with Me, or so blind as the servant of Yahweh? You have seen many things, but you do not observe them; your ears are open, but none hears.

I think perhaps the saddest person in the world is the one who does not discern the presence of God in his or her life. To think that God would create us and then leave us to ourselves is a tragic thought. How hurtful it would be to think that God cared so little for His creation that He would simply choose to ignore what He has created and take a hands off approach to our lives. Such a mindset is not supported by the testimony of Scripture.

Luke 12:6-7
“Are not five sparrows sold for two cents? Yet not one of them is forgotten before God. Indeed, the very hairs of your head are all numbered. Do not fear; you are more valuable than many sparrows.”

Jonah 4:10-11
Then Yahweh said, “You had compassion on the plant for which you did not work and which you did not cause to grow, which came up overnight and perished overnight. Should I not have compassion on Nineveh, the great city in which there are more than 120,000 persons who do not know the difference between their right and left hand, as well as many animals?”

God does have compassion upon the works of His hands. He cares for men and women, as well as cattle and birds. Yahshua’s words concerning the sparrows make a great study. He said of the sparrows “Not one of them is forgotten before God.” Do you know how many sparrows are in the world? The word sparrow originally meant “any small bird.” There must be billions of small birds in the world, and God has not forgotten a single one. Why then would anyone imagine that God’s eye is not upon the people he has created, who are of much greater value in God’s sight?

I remember an occasion years ago when I had my first encounter with someone who had the gift of prophecy. I was at the same Southern Baptist church where I first heard the message of grace. The exercise of the gifts of the Spirit, including words of prophecy, were rare among this body. 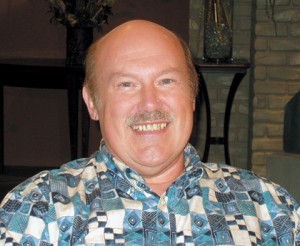 One Sunday a man named Jeff Burke was invited to come and share with the congregation about the gift of prophecy. There was nothing extraordinary about this man’s appearance. In fact, he and I could have passed for brothers. Yet as he began to share his testimony it was evident that his experience was vastly different from most of the Christians I had grown up around. Jeff spoke of hearing God’s voice, and sharing the things God spoke to him with others. He gave example after example, and I was amazed as I heard of the precision with which God had spoken to people through him.

We had been told that there would be a time at the end of the service where Jeff would ask the Lord if He had a word to be shared with any of the members of the congregation. As I sat listening an intense yearning grew in my heart to hear a word of prophecy from God. I did not care if God exposed my sin publicly, which is what I expected Him to do, I just wanted to hear God speak to me. I wanted to know that God was attentive to me, and that He cared enough about me to say something to me, even if it was a word of judgment. As I sat there awaiting the time of ministry I prayed silently that God would not pass me by, but that He would give this man a word for me.

After Jeff finished sharing his testimonies, and teaching about the gift of prophecy, he said that God had given him some things to share with a number of individuals. You cannot imagine how excited I was when the first person he walked up to was me. He came and stood beside me and said, “You have seen yourself as a marshmallow, but God says you have steel in your backbone. God would also say to you, ‘I have seen your obedience, and I will make it known.’”

There was no doubt in my mind that I had just received a message from God. I believe I was in my early thirties at the time of this word, and I truly did see myself as a marshmallow. As an outward manifestation of this, I was overweight and my wife and kids were in the habit of poking me in the belly so that I would laugh at them like the Pillsbury Dough Boy that is pictured in commercials. Just a short time before this I had a birthday and my wife and kids bought me some suspenders and a necktie that had pictures of the Pillsbury Dough Boy on them. The Pillsbury Dough Boy looks like he has been constructed of marshmallows, and this physical picture described how I felt about myself spiritually. 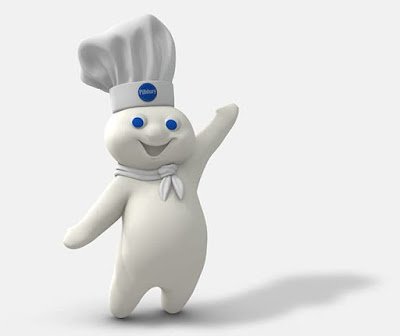 When this word was shared with me it went straight to my heart. As cute as I thought these little dough boys were, when I got home later I threw out both the suspenders and the tie (with my wife’s and kids’ understanding), for I was convicted that I could not continue to wear something that portrayed an image God said was not true. God said I was not a marshmallow, but that I had steel in my backbone, and I chose to believe Him despite what my experiences in the past had told me.

It was not long afterward that I was able to put this prophetic word to the test. The Lord led me to fast for several days, and this particular fast was very difficult. I had headaches and hunger pangs, and the temptation to eat was very great. I was taking college classes at this time and I remember driving back home from college one night and I was passing many fast food restaurants. Satan was tempting me earnestly to break my fast, and the warfare within between the spirit and the flesh was intense. As I drove down the road I began shouting out, “Satan, you are a liar. You say I cannot do this, but God says I have steel in my backbone and I choose to believe God. I will not give into the flesh, but I will walk by the Spirit.” I also prayed to God confessing as truth the things He had spoken to me. I had a real good shouting time as I drove home, and the battle was won. I completed the days of this fast as God had directed me to do.

The second part of this prophetic word was equally surprising to me. I had really been expecting God to expose some sin in my life, and I had numerous weaknesses that he could have focused upon. I thought God would mention my faults and tell me to repent, and I would have considered myself blessed to receive such a word. I would have thought, “Yes, God noticed me. He has seen me and spoken a word to me.” Even if it had been a word of correction I would have been pleased that I had not been passed by.

Yet God did not say, “I have seen your disobedience,” He said, “I have seen your obedience, and I will make it known.” The effect upon me was greater than if He had exposed my sins, for I saw such a graciousness in God, knowing that He could have truly pointed out many errors in my life, but He chose to speak of my obedience instead. The effect was that I wanted to please this loving and gracious God. I wanted to rule over my flesh and walk in a manner worthy of Him.

Saints, there is such joy in knowing that God is attentive to us. It really matters not whether He is pouring blessings out upon us, or whether He is disciplining us as sons; whether he is giving us a positive and encouraging word of prophecy, or whether he is speaking a word of correction. The joy is in knowing His presence, His concern, His watchfulness over our lives. This is why I have said that the saddest person in the world is the one who does not discern God’s presence with them. 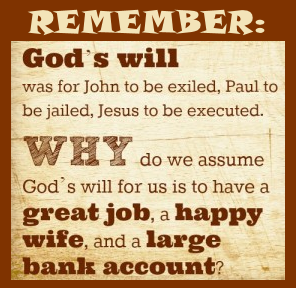 I have not forgotten this first word of prophecy that I received. It has been more than ten years (now 2004) since that date, and the words have been brought to my remembrance time and again when I needed to hear them. I have been emboldened to stand firm in times of trial, and I have been comforted through the many times when my obedience has been characterized as something evil. I know that one day God will vindicate all those who have suffered reproaches and false characterizations at the hands of those who call good evil, and evil good.

There are many Christians today who have been taught that prophetic words are not for today. They have received the lie that all such gifts of the Holy Spirit ceased to exist when the first apostles died, or around the time the Bible was officially canonized. By receiving such falsehoods they rob themselves of another way in which God makes His presence known in our lives. The apostle Paul wrote:

I Thessalonians 5:19-21
Do not quench the Spirit; do not despise prophetic utterances. But examine everything carefully; hold fast to that which is good…

I have no doubt that there are false prophets and false prophetic words being uttered today in abundance. I have heard many such words with my own ears. There is, however, a true gift of prophecy that is not to be despised. I have not run after those who are acclaimed to have such gifts, but have allowed the Lord to bring them to me when He desired. When God has brought these prophetic words to me they have had a ring of authority, authenticity and truth. In the following chapters of this book I will relate some of the other profound words that have been spoken through the men, women, and children that God has placed His Spirit upon in these last days.