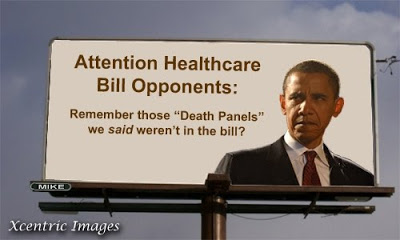 I had stated in a comment on a recent blog posting that I was not aware of any significance to the date of March 23, which is the day President Obama signed the healthcare reform legislation into law. Several people wrote to share with me that March 23 is the anniversary date of Patrick Henry’s famous speech before the Virginia Convention where he uttered the famous words, “Give me liberty or give me death.” Some have suggested that Patrick Henry’s speech, and President Obama’s signing into law of this recent piece of legislation, stand as book-ends at the beginning and end of America as a free republic. Following is the context of this famous line.

“It is in vain, sir, to extenuate the matter. Gentlemen may cry, Peace, Peace — but there is no peace. The war is actually begun! The next gale that sweeps from the north will bring to our ears the clash of resounding arms! Our brethren are already in the field! Why stand we here idle? What is it that gentlemen wish? What would they have? Is life so dear, or peace so sweet, as to be purchased at the price of chains and slavery? Forbid it, Almighty God! I know not what course others may take; but as for me, give me liberty or give me death!”
[Source: http://en.wikipedia.org/wiki/Give_me_Liberty,_or_give_me_Death!]

America is losing her liberty, and this legislation was passed with the use of “the Slaughter Solution,” so it appears that America at this juncture will receive the latter option of Patrick Henry’s famous quotation, “Death!”

There is much in this legislation that brings an end to liberty. For the first time in America’s history the government can enforce penalties upon a person just for being alive. By mandating that every American must have health insurance or pay a fine the government has brought an end to individual freedom. This requirement is unprecedented in that it forces a person to purchase a good or service simply by virtue of their being alive. There is no ability to “opt out” of public healthcare. Each individual is forced to participate or be fined.

This legislation opens up Pandora’s box. It will lead to a cascade of additional goods and services that citizens will be required to participate in as the government becomes the overseer and director of every individual’s life. It is truly the death knell of individual freedom.

It is interesting to note that Patrick Henry’s speech has been linked to the life of the Roman statesman and politician Cato. Cato battled for years in the Roman Senate against an expanding Roman government that sought to exert tyrannic control over its subjects. Cato in 46 B.C. committed suicide when it became apparent that the Senate had lost their epic battle against Julius Caesar. It is said that he preferred death to being subject to a tyrant, which supposedly served as a background context for Patrick Henry’s speech. This makes it seem all the more symbolic that the “Slaughter Solution” is termed as “a self-executing rule.”

A brother in Christ sent me the following words. This was part of what he read the same day that I posted the article “The Slaughter Solution.”

The Lord gave me this passage this morning found in the Book of Jeremiah 7:30-34:

Jeremiah 7:30-34 (New Living Translation)
The Valley of Slaughter
“30 “The people of Judah have sinned before my very eyes,” says the Lord. “They have set up their abominable idols right in the Temple that bears my name, defiling it. 31 They have built pagan shrines at Topheth, the garbage dump in the valley of Ben-Hinnom, and there they burn their sons and daughters in the fire. I have never commanded such a horrible deed; it never even crossed my mind to command such a thing! 32 So beware, for the time is coming,” says the Lord, “when that garbage dump will no longer be called Topheth or the valley of Ben-Hinnom, but the Valley of Slaughter. They will bury the bodies in Topheth until there is no more room for them. 33 The bodies of my people will be food for the vultures and wild animals, and no one will be left to scare them away. 34 I will put an end to the happy singing and laughter in the streets of Jerusalem. The joyful voices of bridegrooms and brides will no longer be heard in the towns of Judah. The land will lie in complete desolation.”

A sister in Christ sent me a writing that included the following quotation attributed to Abraham Lincoln as he was discoursing on the only way in which America could be defeated.

The Perpetuation of Our Political Institutions:
Address Before the Young Men’s Lyceum of Springfield, Illinois
January 27, 1838

How then shall we perform it? At what point shall we expect the approach of danger? By what means shall we fortify against it? Shall we expect some transatlantic military giant, to step the Ocean, and crush us at a blow? Never! All the armies of Europe, Asia and Africa combined, with all the treasure of the earth (our own excepted) in their military chest; with a Bonaparte for a commander, could not by force, take a drink from the Ohio, or make a track on the Blue Ridge, in a trial of a thousand years. At what point then is the approach of danger to be expected? I answer, if it ever reach us, it must spring up amongst us. It cannot come from abroad. If destruction be our lot, we must ourselves be its author and finisher. As a nation of freemen, we must live through all time, or die by suicide.
[End Excerpt]

As I mentioned previously, it is not America’s leaders, or a cabal of globalists who have brought about America’s demise. It is her own citizens who have had abundant ease and great prosperity. America’s citizens have used their liberty to pursue a course of sensuality and abominations. It seems symbolic that as the House of Representatives convened Sunday night to vote for passage of this bill that one member of Congress cried out “Baby Killer.” Certainly America’s murder of more than fifty million babies has brought a crushing burden of bloodguilt upon her land.

Judgment ultimately comes from God. It comes after many warnings, chastisements, and only when a people have proven themselves so obstinate that nothing else remains but to send them calamity.

Revelation 2:21-23
And I gave her time to repent; and she does not want to repent of her immorality. Behold, I will cast her upon a bed of sickness, and those who commit adultery with her into great tribulation, unless they repent of her deeds. And I will kill her children with pestilence; and all the churches will know that I am He who searches the minds and hearts; and I will give to each one of you according to your deeds.

My heart is heavy today. I am observing in the lives of some individuals this same process being played out. Corrections have come and have been scorned. Rebellious hearts have determined to enter into even further transgression against Yahweh. This will lead to a judgment of a much more severe nature.

It is not pleasant to observe the calamity that befalls men and women. Yet it is better to see them crushed by God and turn to repentance than to have them continue in a course of sin and rebellion.

Knowing the weakness of my own flesh I pray that God might be merciful with others as I desire His mercy in my life. Yet I cannot pray that He would withhold that which is necessary, though it be most severe. My daughter notified me of today’s devotion by J. Oswald Chambers in the book My Utmost for His Highest.

DECREASING INTO HIS PURPOSE

If you become a necessity to a soul, you are out of God’s order. As a worker, your great responsibility is to be a friend of the Bridegroom. When once you see a soul in sight of the claims of Jesus Christ, you know that your influence has been in the right direction, and instead of putting out a hand to prevent the throes, pray that they grow ten times stronger until there is no power on earth or in hell that can hold that soul away from Jesus Christ. Over and over again, we become amateur providences, we come in and prevent God; and say – “This and that must not be.” Instead of proving friends of the Bridegroom, we put our sympathy in the way, and the soul will one day say – “That one was a thief, he stole my affections from Jesus, and I lost my vision of Him.”

Beware of rejoicing with a soul in the wrong thing, but see that you do rejoice in the right thing. “The friend of the Bridegroom . . . rejoiceth greatly because of the Bridegroom’s voice: this my joy therefore is fulfilled. He must increase, but I must decrease.” This is spoken with joy and not with sadness – at last they are to see the Bridegroom! And John says this is his joy. It is the absolute effacement of the worker, he is never thought of again.

Watch for all you are worth until you hear the Bridegroom’s voice in the life of another. Never mind what havoc it brings, what upsets, what crumblings of health, rejoice with divine hilarity when once His voice is heard. You may often see Jesus Christ wreck a life before He saves it. (Cf. Matt. 10:34.)

In ending this blog, I recommend for your consideration the following blog by Art (Ultraguy).

The following is included as part of that post: