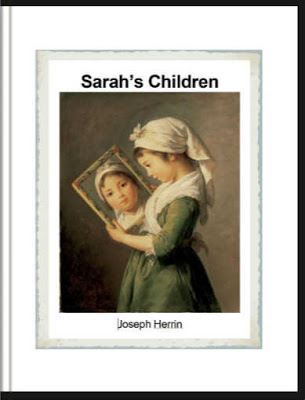 “Like a lily among the thorns,
So is my darling among the maidens.”
Song of Songs 2:2

We live in a most exciting day. Yahweh is preparing a Bride for His Son. He is washing her with the Word. He is removing every stain, wrinkle and blemish. He is clothing her in robes of righteousness, and one day soon He will call her forth to reveal her beauty to the world.

Yahweh has given us many earthly examples of spiritual truth. When Yahshua walked this earth He often spoke in  parables, relating the realities of the Kingdom of God to things that were naturally observable to his audience. The Kingdom was compared to a mustard tree, to a vineyard, to a field of wheat. The members of the Kingdom were compared to servants in a great house, to virgins both wise and foolish, to a prodigal returning home.

As Yahweh prepares a Bride for His Son, He has similarly given us natural examples to reveal this spiritual process that is occurring. There is no clearer revelation of this preparatory bridal work than to look at what is transpiring in the lives of women today who were created to be the brides of men.

At first glance, one might wonder how women today could possibly be a picture of the Bride that is being prepared for Christ. Modesty is largely rejected today, having given place to sexual allure and sensuality. A quiet spirit has been replaced with ceaseless activity, clamor, and an effusion of words. Gentleness has been substituted for abrasiveness, forcefulness, an “in your face” attitude, and a demand that personal rights be honored. The clarion call of the woman’s movement today is “We will submit to no one! We are equal to all, and we demand recognition!” The woman’s movement seeks to convince all that there is no difference between man and woman.

Absent from the majority of women today is any trace of the humility that is pleasing to God. Gone is an understanding of Yahweh’s original intent in creating Eve to be a helper and completion for Adam. Instead, the majority of women want to be like Adam. They want a world where there is Adam and Adam, not Adam and Eve. Even in the church, this trend is seen in women. There are women in the church who are pressing to be recognized as equals to men in every way. They want the same authority as men. They want the same roles as men. They essentially want to be like men.

Yet out of this confusion and conflict there is a remnant of women who are coming forth in this day and they are finding Yahweh’s purpose for their lives. They are coming out from a place of conformity to the world and they are being conformed to the image Yahweh has chosen for them. These stand as lights in a dark world, and it is in these that we can see the beauty of the Bride of Christ reflected.

It is an awesome sight to observe the women that are being transformed in this hour. The change begins within as the heart is softened by the Spirit’s working. In their innermost being there is a keen desire to be found pleasing to God. The opinions of mankind do not weigh as heavily with them as does the witness of the Spirit of Yahweh. In humility they begin to adorn themselves with a quiet and gentle spirit. Even their external adornment changes. Many are rediscovering the marvelous testimony of headcovering. They are likewise covering themselves with modesty, seeking to convey an image of purity and righteousness, rather than desiring to attract attention through sexual allure. These women do stand out as lilies among the thorns.

Recently, (2002) my wife Tony was speaking with another sister in Christ. This sister was out with her husband, and as they came to the door of some establishment a woman approached the door. This woman was adorned in modest apparel and she was wearing a headcovering. Her appearance was in great contrast to that of most women in the affluent area in which they lived. By reason of her very appearance there was something that seemed pure and holy about her. The woman who related this story said her husband opened the door for this woman, and her husband’s very manner and expression changed as if he were looking at someone who was holy. Although, this woman assured my wife that her husband loves her very much, she had never seen him look at her in that same way, and she desired that he should do so.

This writing is not focused specifically on how women should dress, but is it not true that a woman who is godly should stand out in the midst of a perverse, sensual, and wicked nation that is materially and physically obsessed? If people don’t notice anything different in the appearance of a woman who aspires to be godly, then perhaps the woman has unknowingly conformed herself to the ways of the world.

In the past year my wife has begun wearing modest dresses and practicing headcovering. She has never before experienced the reaction she now gets in public. Men will hold doors for her, and she sees men purposely staring at her in public places. Yet their stares are not the stares of lust that many women attract by wearing immodest clothing. The stares are from men who see something pure in the midst of a perverse society.

Even men who do not know Christ are drawn to the image of one who is adorned modestly and with humility. My wife has corresponded with a number of other women who are making the same life changes as they seek to be conformed to God’s desire for them, and they are giving amazing reports about how they frequently encounter unusual and positive reactions from men young and old who are blessed just by seeing them adorn themselves modestly and humbly.

Some women have objected that adorning themselves in this scriptural way strikes them as vanity in that it draws attention to the woman. Yet what woman that goes clothes shopping does not consider how she will appear to others? Why choose to put on the fashions of the world that accentuate the sexuality of womanhood, when as Christians we are to demonstrate heavenly virtues to the world?

Yes, women who dress modestly and with humility will stand out and attract attention, but should not light stand out in the midst of darkness? Should not people be attracted to the light? A city set on a hill cannot be hid. We are not called to be invisible, we are to attract others attention that they might ask us the reason of the hope that is in us (I Peter 3:15). The Christian man or woman should stand out and be noticed, but what people are attracted to in us should be godly, not physical or carnal.

How many women would not truly like men to look upon them as someone who is holy, someone whom men regard with righteous admiration? However, due to the cultural resistance, the necessity of humility, and the need to crucify one’s flesh, many women have opted instead to gain man’s admiration through physical and carnal means. Yet the former admiration is holy and pure, the latter is sensual and defiled and it will eventually lead to the woman being treated in a manner devoid of all respect. Ironically, the excuse most women give for rejecting Yahweh’s plan for their life is that they want respect and they feel that the Biblical teaching on womanhood, submission, humility, and a quiet and gentle spirit, would rob them of this respect. They fear becoming a doormat to men.

It is a paradox in the Kingdom of God that the path to respect is a path of humility. One must die to their soulish desires and crucify their flesh with its pride, but the one who humbles him/her self will be exalted. Many seek respect with pride intact, but protecting one’s pride is the pathway to debasement in the Kingdom. We are told that “God resists the proud, but gives grace to the humble” (James 4:6, I Peter 5:5). If we humble ourselves under His hand, in due time He will exalt us. These things are a paradox, and many have failed to gain godly respect and admiration because they have rejected the path of humility.

Again, some would argue that we are not to be concerned about the opinions of others at all. This assertion does not bear up under the scrutiny of scripture, however. The scriptures reveal that the early saints had a very high reputation with those they dwelt among. They also reveal that such a reputation was desirable.

Acts 5:13-14
But none of the rest dared to associate with them; however, the people held them in high esteem. And all the more believers in the Lord, multitudes of men and women, were constantly added to their number…
NASU

I Timothy 3:7
And he [an overseer] must have a good reputation with those outside the church, so that he will not fall into reproach and the snare of the devil.
NASU

There are numerous scriptures that speak of the necessity of maintaining a good reputation. If people speak ill of us, they should do so without any justification that they might in time be put to shame for speaking evil of what is good.

A marvelous thing is occurring in the hour in which we live. A remnant of women are hearing and heeding the call to come out of the ways and patterns of the world and of a worldly church and to adorn themselves with that which is highly valued in God’s sight. They are putting on the imperishable qualities that never decay and will never be out of fashion in the Kingdom of God.

There is an exceedingly high calling for women. This book will explore this calling. It will seek to portray faithfully an image that originates in the mind of Christ. This image is not popular today, nor is it likely to find approval with the majority of women in or out of the church. But there is a remnant who will heed the call and who will recognize the voice of their loving Shepherd. It is for these that this book is written.

The path and calling spoken of here will present great challenges. Certainly there are obstacles and objections that must be overcome. Fears will have to be faced and conquered. A life of faith will have to be embraced, but the prize before the woman who overcomes self, Satan, and the world is beyond comparing with the temporary, light afflictions to be encountered. Those who prevail will be worthy to be called “Sarah’s children.”