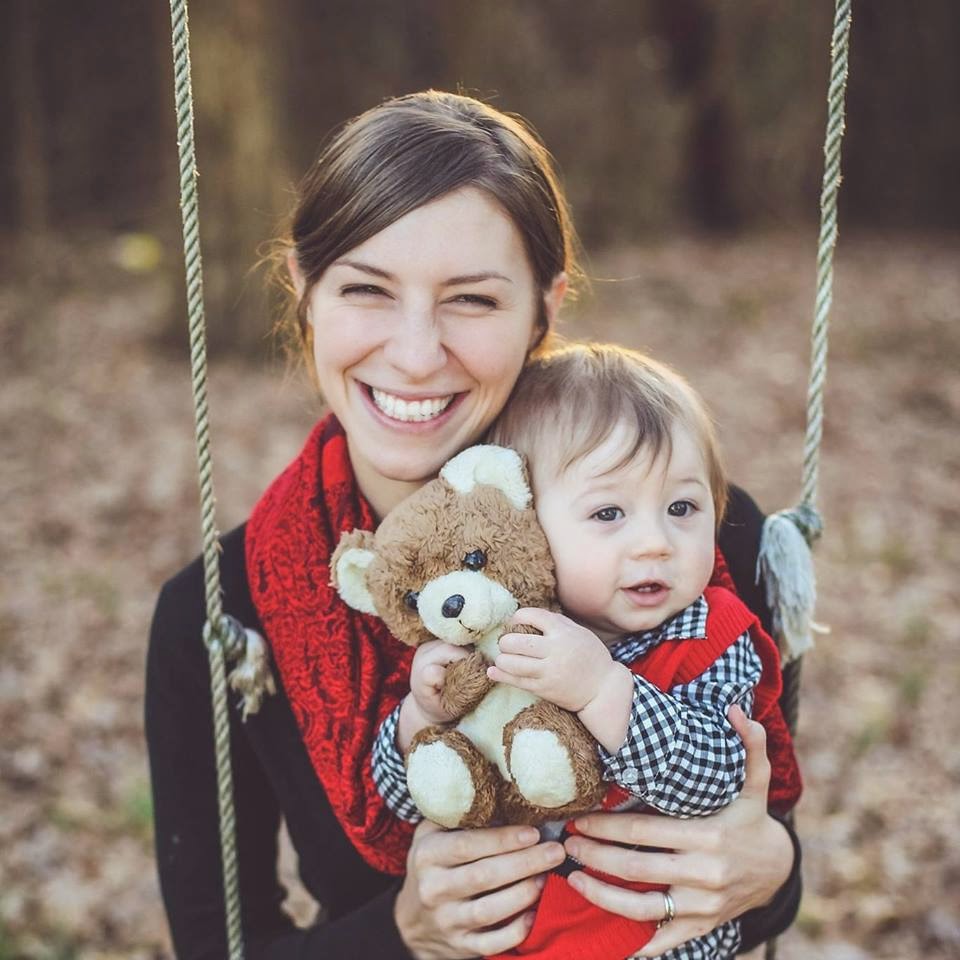 I have a couple of testimonies that have been sent in by readers relating to Christmas which I will share here in this blog. Before I do so, I want to share a video interview that my daughter’s close friend, Mary Ann, recently gave to a news station in North Carolina. Readers may remember that one year ago I posted a number of blogs relating to Mary Ann’s husband Marcus being shot by men who were robbing their home as they returned from visiting family over the Thanksgiving holiday. Marcus was shot in the back of the head as he was trying to flee in his car. He was in a coma for several weeks, and later succumbed to his injuries.

This has been a very difficult trial for Mary Ann, who was pregnant with her first child at the time these events occurred. Mary Ann and Marcus were married for about a year. Their son (Landon) was born a few months after Marcus died. Marcus was a volunteer fireman and there was a great outpouring of support when he was shot, and when he later passed away. Mary Ann moved back to Georgia to live with her family after these events. My daughter has been renting from Mary Ann’s parents for years, and lives on the same property, though Mary Ann’s parents are in the process of selling the property and will be moving soon. Consequently, Kristin has been very close to all that has transpired. I believe you will be blessed, as I was, at the news interview, and the remarkable attitude manifested by Mary Ann as she has chosen to forgive those who murdered her husband.

Incidentally, this story has been picked up nationally. The original interview was from a local news station in North Carolina. A reader sent me a link to the same story on a Fox News affiliate in Portland, Oregon nearly 3,000 miles away. I don’t know how many stations have picked up this story, but it truly gives glory to God.

Following is a “Christmas” testimony.

At the time of this incident, I had already separated myself from Christmas – long before I understood its origin/history and meaning.

During the ‘90s I worked as a secretary to a man I’ll call Michael. He had been taught Bible by a fundamentalist Baptist preacher. He and I often talked “theology/doctrine” and prophecy.

But he would turn into a silly child at Christmas time.

One time, at the beginning of a Christmas season, we were discussing Christmas, and I teasingly said, “I hate Santa Claus.” Well, the banter was on!!

[As a sidebar, I should add that he always had to have the last word, whatever the subject. And I never argued with him – on any subject! Mostly because I knew I would lose. O:-) ]

The next morning when he came to work, he was carrying a big plastic bag. I was at my desk. He took out of the bag a big, plastic, three dimensional (like high bas relief) face of Santa. With a huge grin, he nailed and taped it to the wall outside his office door where “Santa” and I would face each other all day (all week??).

Later in the morning, all was quiet throughout the office when suddenly there was a crash in the area of my desk, which startled me. It was loud enough for Michael and others in our office to hear. I looked up, and “Santa” had fallen off the wall!!

I leaned forward and spoke loud enough for him to hear me and said, “Michael, Dagon has fallen!!” There was silence from Michael. He had nothing to say. (He knew the story in 1 Samuel about Dagon.)

I never touched “Dagon.” Nobody picked up him all day. But the next morning he was gone, and I never saw him again, and the incident was never mentioned.

Grace and peace be multiplied to you!!

Last Christmas and Easter, were the first my husband and I did not celebrate, much in part to your writings. That was the first Christmas in 64 years (my age at the time) ] there was no tree in the household. My husband, who was raised Catholic (but no longer practices, except for the ‘high HOLIDAYS’ of Easter and Christmas like most ‘Christians’!!!), acquiesced to my wishes about no longer commemorating either holiday, ergo being sans Christmas tree is now the norm and Easter is just another Sunday in spring. I know it was with great sadness in his heart that he relinquished his lighted Christmas tree as that was a big part of his Christmas tradition. But I could no longer be complicit in such a pagan practice after having my eyes opened.

I, too, was raised Catholic (attended Catholic grammar and high schools) but for some reason, my Catholic roots just never seemed to ‘take.’ My lowest grades during high school were consistently in ‘religion’ and for a Catholic high student, that is unheard of. But I feel there was always a bit of the ‘truth seeker’ in me inasmuch as I just couldn’t accept most precepts and dogma I was being taught. There seemed to be an inner conflict with me and my religion. It took me many years to comprehend why. In fact I was about 60 when I finally came to the realization that my faith had nothing to do with religion. If I were asked today what religion I am, I would have to say I don’t subscribe to any religious label as I consider myself to be a disciple of Jesus Christ and have no affiliation with any earthly ‘church.’ But I digress.

I reminded my husband this year that I would not be putting up a tree once again. Instead of trying to ineptly explain the ‘why’ to him in any great detail, I just sent him an email with the link to your earlier article on Christmas and Easter which explains very well the ‘why.’ Thank you so much for writing that article. (I would recommend any ‘conflicted’ reader in a similar situation to do likewise.)

Something (among many other things) really resonated with me in your article: ‘What’s The Big Deal About Christmas?‘ I will not quote it directly, but the essence of your comment was that if we can’t sacrifice our flesh with regard to not celebrating Christmas, then how are we going to be ready to truly sacrifice our flesh, if and when the time comes to give up our life for Him? Martyrdom is not a one time occurrence; it is a daily occurrence inasmuch as we need to die to the flesh daily. This so hit a nerve in me. I live in Croatia (my husband’s birthplace) and have for the past ten years. Although we are not exactly next door neighbors to Turkey, I can’t help but feel the encroachment of the Muslim radicals as they are being given safe haven in Turkey while moving closer to our border daily and in the months/years to come. I don’t see the practice of beheading as an ‘abstract’ the way most view it as being some ‘far off atrocity occurring in some far off land’ and most certainly not happening to them in their lifetime. I see it from a much more personal perspective due to my proximity to the practice. My husband does not share my opinion as he believes we are ‘safe’ since we are part of the EU and NATO and under their protection!!! (I need to clarify that he does not like the EU or NATO as he does realize the inherent evils in both but he doesn’t exactly ‘fit the pieces of the puzzle together’ as I do from a spiritual perspective.) Now, that gives me very little comfort , indeed, as I don’t put my security in the hands of mammon but only in Yeshua. The EU, as well as all governments, are the essence of evil as far as I am concerned and are only vehicles of Baal who comes to ‘steal, kill and destroy.’ Many, to my way of thinking, have been deceived in taking false comfort in such tools of Baal. In the end they will come to learn that governments and world organizations do not exist for the benefit of the people but only to do the work of Baal to ‘steal, kill and destroy.’

Thankfully, I realize that I am not a citizen of this earth, but just a sojourner passing through on her way Home to the Father. I have lived in Croatia ten years now and still do not consider it to be ‘home’ nor do I consider the USA ‘home’ either having just returned last month from a two month visit to family and friends in Texas. Each visit back seems to take me further and further away from my true Home, in many respects. I don’t like what is happening there, here and elsewhere. People, for the most part, are uninformed, misguided and uneducated as to what is transpiring right under their noses. Their trust is misplaced. They do not know who the true Savior is.

Well, Brother Herrin, I just wanted to tell you thanks for the great articles that are needed now, more so than ever, as I truly believe we are in the final stages of the end times. His people truly need to ‘come out of Babylon’ as time is short.