I have finished George’s book Holydaze and will now return to my book The Gate and the Way. I hope you will enjoy it.
Why Does God Require Christians to Suffer?
The inescapable message proclaimed by Christ and His apostles is that Yahweh has appointed unto men that they suffer many things in this life. This truth is affirmed through the most common image associated with Christianity; the cross. The cross is an instrument of suffering, leading to the death of the individual.
As has been demonstrated in the previous two chapters, Christ gave forth only one form of invitation. He invited men and women to “Come, take up your cross, and follow Me.” For those living in that hour when Rome used crucifixion as a form of capital punishment, it was clearly understood that what Christ was announcing was a call to embrace suffering.
The question arises, “Why does Yahweh require all who would follow Christ to experience suffering? What is the reason behind it?” The answer is found as we define the salvation that Christ provides for mankind.
I think the most common concept of salvation today is that Christ came to deliver men from the suffering of hell. Many Christians equate salvation with an escape from eternal torment. To them, being saved is the equivalent of receiving a “Get-Out-Of-Hell-Free-Card.” 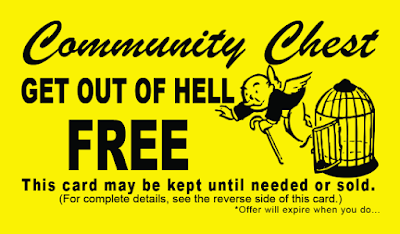