The Peril of Self-Pity 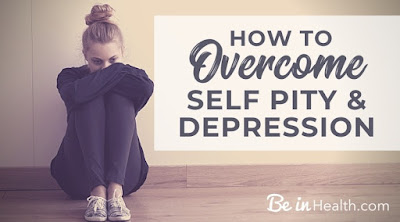 For some time it seems the Father has not spoken to me a direct word, but yesterday I heard Him speak by His Spirit and what He revealed seemed to me to be a very serious matter with Him, and I feel led to share it.
I had lain down for a nap yesterday evening with several issues weighing on my heart, and when I woke up I heard the voice of the Father speaking to me. I had been in a rather dark mood as I had been pondering all of the difficulties and rejection and misunderstanding I had endured over the last two years, and which I continue to face. It has been a difficult place to have been stripped of so much and to have endured so many trials, especially since it has been in isolation and lonely places that I have had to walk.
I was in a dark mood as I considered these things, and I lay down to take a nap as these things were on my mind.  When I woke up the Father spoke two words to me: “self-pity.” Following these words, He began to speak to me of the peril of self-pity.
Self-pity is a trap that some of the greatest of saints have fallen into, and because of its effects upon them they became disqualified for further service and their mantles were given to others. Some of these saints endured far more than other men, and they were accounted faithful, righteous, and holy, yet in the end they succumbed to the sin of self-pity and they could advance no further with the Father.
As Father spoke to me of these things, I sensed no severe correction from Him, only a desire that I would gain understanding and overcome this peril. I understood that if I gave in to self-pity, and began acting out of it, that I would not be able to go any further with God. Again, this did not seem to come to me as a threat, nor out of anger, but as a statement of fact, and I sensed a desire from the Father that I would pass this test as well.
Over the last number of years I have endured much as Father has led me down the path He has had for me. I have become an outcast on many levels; from my church, from my family, from friends, from Christianity itself, and I have suffered much misunderstanding and false judgment from others. I am not alone in this, for I know many others have suffered these same things in recent days, as well as have many saints down through the years, some of whose stories are recorded for our benefit. 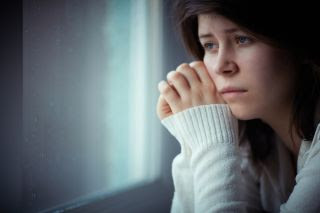 Father reminded me of Moses, who was a very meek man and who walked in faithfulness before the Father. He shared an intimacy before God that no other man of his day knew, and yet he was falsely judged as trying to be a lord over the people and of directing people according to his own will, when in truth he was walking in obedience to Yahweh’s will. The leaders of the Jewish people falsely accused him at Korah’s rebellion, and at one time even his own brother and sister judged him falsely.
Moses grew tired of all of the rebellion of the people and their unbelief grieved him. At times he felt  so weighed down with the burden of the people that he gave way to self-pity. One such moment is recorded in the following scripture.
Numbers 11:11-15
So Moses said to the LORD, “Why hast Thou been so hard on Thy servant? And why have I not found favor in Thy sight, that Thou hast laid the burden of all this people on me? Was it I who conceived all this people? Was it I who brought them forth, that Thou shouldest say to me, ‘Carry them in your bosom as a nurse carries a nursing infant, to the land which Thou didst swear to their fathers’? Where am I to get meat to give to all this people? For they weep before me, saying, ‘Give us meat that we may eat!’ I alone am not able to carry all this people, because it is too burdensome for me. So if Thou art going to deal thus with me, please kill me at once, if I have found favor in Thy sight, and do not let me see my wretchedness.”
(NAS)
Yahweh never corrected Moses for this complaint, at least there is no record of any such correction. This root of self-pity remained in Moses until it bore fruit in his life and he struck the rock when he was commanded to speak to it. It is to be noted that when Moses struck the rock that he chastised the people with his words, yet his anger was not a righteous anger demonstrating a zeal for God. Rather, his anger was rooted in his own self-pity and his offense that the people were once again grumbling about his leadership when he was simply doing all that the Father had shown him to do. When Moses struck the rock he was in actuality demonstrating anger toward God for burdening him with a rebellious people who kept falsely judging him. His self-pity manifested in this action. 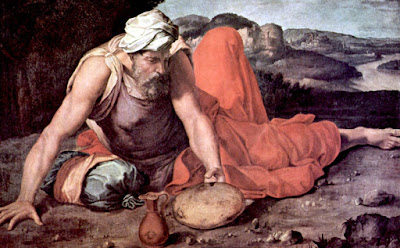