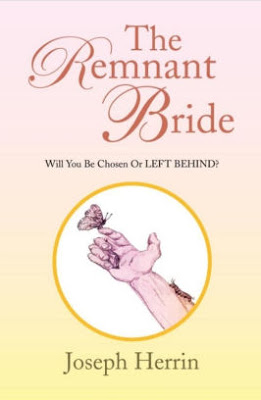 The Bride as Seen in Esther

The events of the book of Esther take place within the empire of the Medes and the Persians during the time of Israel’s and Judah’s exile. King Ahasuerus was a Mede. He was also known by the Greek name Xerxes. He reigned from 486 to 465 B.C..

In the third year of his reign he gave a banquet and “displayed the riches of his royal glory and the splendor of his great majesty for many days…”” (Esther 1:4). On the seventh day of his great banquet he commanded his eunuchs “to bring Queen Vashti before the king with her royal crown in order to display her beauty to the people and the princes, for she was beautiful” (Esther 1:11).

The timing is important to note here. It was on the seventh day of the great banquet that the queen was commanded to come forth. We are told in scripture, “But do not let this one fact escape your notice, beloved, that with the Lord one day is as a thousand years, and a thousand years as one day” (II Peter 3:8). The world since Adam has experienced 6,000 years; 4,000 before Christ, and 2,000 since His birth. This equates to 6 days. We are just entering into the 7th millennium, or the 7th day.

King Ahasuerus, in this illustration, is a type of Yahshua the Messiah, the King of Kings. On the 7th day Yahshua will summon His Queen to come before Him, but because she does not revere Him as Lord, she will refuse to answer His summons, presented by His eunuchs (which equate to God’s ministers or to the seven spirits of God).

Even so, let the wise men and women of our day, who discern the times, realize that this same event is being played out. Notice what was determined to be done to Queen Vashti due to her failure to revere King Ahasuerus as her lord and to respond in obedience to his summons.

Esther 1:19
“If it pleases the king, let a royal edict be issued by him and let it be written in the laws of Persia and Media so that it cannot be repealed, that Vashti should come no more into the presence of King Ahasuerus, and let the king give her royal position to another who is more worthy than she.”

Due to disobedience, Vashti was no longer permitted to enter the presence of the king. Much of the body of Christ today also is failing in obedience to their King and they will be excluded from the honor of entering His presence. “Another who is more worthy” will be accorded this honor.
For all those saints who have been falsely taught that a confession of faith in Christ affords them all of the honor of heaven and access to God’s presence, as well as access to all of God’s most holy things, this is a wake-up call. It is those who are worthy who will be granted such honor.

It does not say that Vashti was killed, or imprisoned. She was simply stripped of her honor. How terrible to be betrothed to the king, yet denied access to his presence. Shame due to her folly followed her for the rest of her life. What tremendous grief she must have felt when her royal position was given to another. Many in the body of Christ are making the same error today. Shame and grief will be their portion as well.

Much of the body of Christ has been presented with a distorted view of God’s desire for them. They have been taught that expressing faith in Yahshua the Messiah to attain salvation is the pinnacle of what is set before them. Unknown to much of the church, salvation is only the beginning, it is not the end. Salvation is a loosing from the bondage to sin that we should forevermore become slaves to righteousness (Romans 6). We were formerly conformed to the ways of a fallen and sinful world, now we are to be conformed to the image of Christ (Romans 8:29). This conforming comes as a process. Forgiveness of sin is but the first step in this process.

Many saints today, having confessed faith in Christ for the remission of sin, are then assured by others that they can now continue on to pursue personal happiness much as they did before salvation. They are even taught that God will be there to help them achieve the selfish longings of their hearts. The Lordship of Christ is overlooked, or given very minimal attention. Such saints ultimately fall into the pattern of Queen Vashti. They love the honor of being wed to the King, but they see the King as existing to meet their needs. Obedience is foreign to them. They obey only when God’s desire for them coincides with their own desire.

When Yahshua calls those who have been betrothed to Him to respond in obedience in this hour, many will refuse. Yahshua will then respond as King Ahasuerus; He will restrict access to His presence to the disobedient ones. He will then search for another who is more worthy to be His Bride. This obedient Bride will be given honor and afforded access to His presence.

We are told that after the anger of King Ahasuerus subsided that he remembered his queen. He could not repeal the royal edict, so his advisers counseled him to have a new queen sought out. Beautiful virgins from all over his kingdom were gathered to his capitol and they were placed under the care of Hegai, the eunuch in charge of the king’s harem. Hegai was charged with the responsibility of preparing these chosen ones to meet the king. Esther was among those picked for consideration to become the bride of Ahasuerus.

Once selected, these beautiful young virgins were not immediately ready to go into the king’s chamber. A preparation process was required first. For these young women the process lasted an entire year.

It was only after the virgin went through a year of preparation that she was ready to be presented to the king. The first six months of this process was marked by the pronounced usage of oil of myrrh. Myrrh should be recognized by believers as a spice that was used in preparing bodies for burial. After Christ’s crucifixion we are told that His body was prepared for burial and myrrh is especially mentioned.

I think it is significant in the description of this event found in the book of John that it repeatedly states that Christ’s body was taken away and prepared. The Bride is a remnant portion of the body of Christ, and, as is seen in the book of Esther, a preparation with oil of myrrh is an important part of her being made ready.

John 19:38-40
And after these things Joseph of Arimathea, being a disciple of Yahshua, but a secret one, for fear of the Jews, asked Pilate that he might take away the body of Yahshua; and Pilate granted permission. He came therefore, and took away His body. And Nicodemus came also, who had first come to Him by night; bringing a mixture of myrrh and aloes, about a hundred pounds weight. And so they took the body of Yahshua, and bound it in linen wrappings with the spices, as is the burial custom of the Jews.

Myrrh, for the virgin bride candidates of the king, represented death as well. The one chosen to be the bride of the king was to live for the king’s pleasure. She was to respond to his summons with quick obedience. No longer was her life her own, she belonged to another. Essentially, she was to die to her own life. In the same way the scriptures tell those betrothed to Christ that they are no longer their own, “For you have been bought with a price” (I Corinthians 6:20).

Death is the first step of preparation that those who would become the Bride of Christ must go through. Salvation is not an end. It is a beginning. Our salvation was purchased with the blood of Yahshua. The purchase price was exceedingly high, but it was paid. We are now no longer our own. We must die to our own desires, goals, and ambitions. Christ’s life must become our life, His will our will, His desires our desires.

This death process doesn’t come all at once, nor in a single moment of time. The flesh’s desire to seek after self is firmly entrenched in our being. It takes considerable time just to identify all of the ways in which we have sought our own welfare. Some forms of selfishness are very subtle. The scriptures teach us that even our righteousness, that which we deem to be good, is as filthy rags in God’s sight (Isaiah 64:6).

It is in this death process that obedience is learned and an end of personal initiative is brought forth. This time of preparation is designed to produce a suitable and compatible Bride for Christ. She must become like Him, conformed to His image.

Death to personal initiative was a characteristic of Yahshua. It was exemplified in His words at Gethsemane, “Nevertheless, not My will, but Thy will be done” (Luke 22:42). This was a characteristic which Vashti lacked, and it cost her that which was most precious to her. It is appropriate that this failure was the first thing addressed among those who would contend for the opportunity to replace Vashti. It will likewise be the foremost issue addressed among those who are called to be the Bride of Christ.

In the story of King Ahasuerus’ search for a suitable bride, we see some profound truths that are equally applicable to the Bride of Christ. The king’s first bride was rejected due to a failure of obedience. A more worthy bride was then chosen to replace the one who had disqualified herself. Those called to betrothal to Christ need to take this lesson to heart. As we will see in subsequent chapters, many are called, but few are chosen. Esther distinguished herself by her obedience. She listened to the voice of the king’s eunuch who was given charge over her, to prepare her, and she found favor in the eyes of the king.