Genesis 14:18-20
Then Melchizedek king of Salem brought out bread and wine; he was the priest of God Most High. And he blessed him and said: “Blessed be Abram of God Most High, possessor of heaven and earth; and blessed be God Most High, who has delivered your enemies into your hand.” And he gave him a tithe of all.

Before the eclipse I heard from Randy and Kathy Furman who are in Arizona. They told me that the solar eclipse would have totality crossing over seven towns or cities named Salem.

Hebrews 7:1-2
For this Melchizedek, king of Salem, priest of God Most High, who met Abraham returning from the slaughter of the kings and blessed him, to whom also Abraham divided a tenth part of all (being first, by interpretation, king of righteousness, and then also king of Salem, which is king of peace; without father, without mother, without genealogy, having neither beginning of days nor end of life, but made like the Son of God), remains a priest continually.

Paul says that Melchizedek is without father and mother, without genealogy. He has neither beginning of days nor end of life, but we know Shem has both. We can tell from the Scriptures cited that Mechizedek was not any known man. What we are told is that his name means “king of peace” for Salem meant peace.

What do the seven towns or cities mean?

But now turning to the number Seven, we must first consider the meaning of the word…


It is seven, therefore, that stamps with perfection and completeness that in connection with which it is used. Of time, it tells of the Sabbath, and marks off the week of seven days, which, artificial as it may seem to be, is universal and immemorial in its observance amongst all nations and in all times. It tells of that eternal Sabbath-keeping which remains for the people of God in all its everlasting perfection.


In the creative works of God, seven completes the colours of the spectrum and rainbow, and satisfies in music the notes of the scale. In each of these the eighth is only a repetition of the first.
[Bullinger, Number in Scripture, https://philologos.org/__eb-nis/seven.htm#167]

We can therefore see that seven Salems indicates an end of peace. But what of the next eclipse to follow seven years later? We are told that on the territory that is marked by the intersection of the two eclipses that there is another Salem. 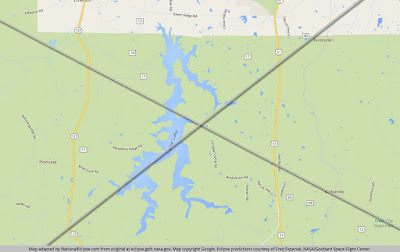 See where the road listed is S. Poplar Camp Rd. That is not all the roads that there are. You have to zoom in even closer to see the detail. 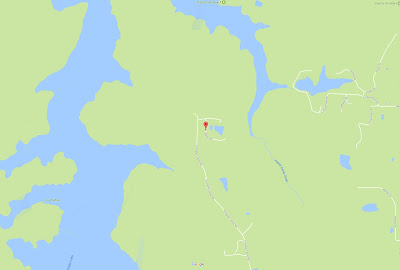 Crossroads of the intersection – Salem Rd.


To see this in it bigger area, let us look to the next map. 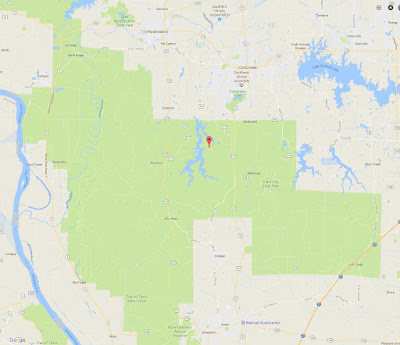 You can see that this is just below Southern Illinois University in Carbondale, Illinois. It is the home of the Salukis, and the newspaper of Little Egypt. It is where everything is named after Egypt. But what is not known is that the names of the towns around there came from the Freemasons: Thebes, Illinois, Cairo, Illinois, Makanda, Illinois, and Memphis, Tennessee. 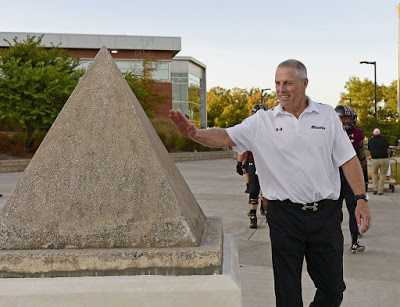 
Saluki Stadium is right near the point of the greatest eclipse this year. It is 210 miles from Memphis. 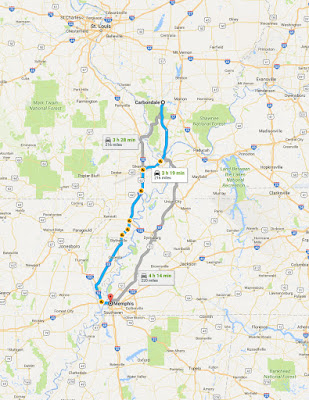 There is an even larger pyramid in Memphis. 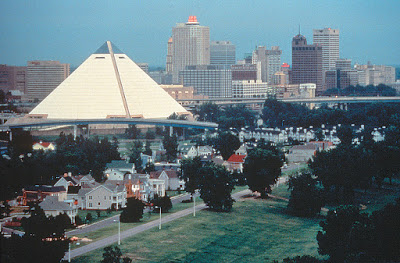 The pyramid was built in 1991 as a sports venue. The pyramid lay empty and abandoned from 2004 to 2015. Beginning in 2015 it has been the world’s largest Bass Pro Shops. It has a hotel, three restaurants, a bowling alley, an archery range, and a large aquarium.

There is much Freemason derived architecture in America. At Illinois Southern University I have found a building built as early as 1870 that had a Masonic cornerstone. A page said, “This is the original cornerstone that was laid by masons for Normal Hall in 1870. This monument can now be located in the southeast corner of Morris Library.” Seeing that this University was founded in 1869, it sounds like it was devoted to the sons of Masons.

In my own backyard I took the following snapshot during the eclipse. 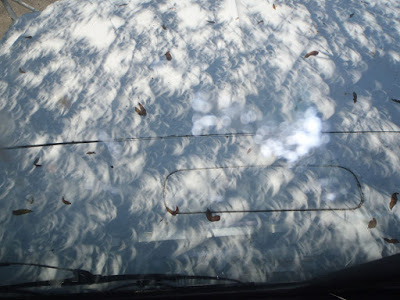 The shadows are all coming through to the hood of my bus as little crescents.