Time to Care for My Vineyard 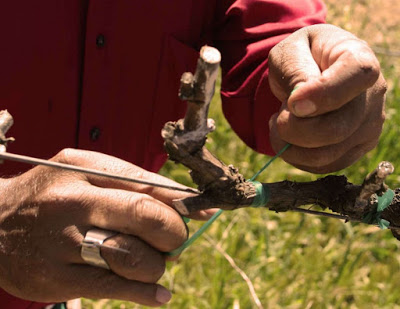 The number of writings I have been posting has slowed down of late due to other areas of ministry increasing. The biggest change I have experienced has been in the area of prison outreach. The number of men on the mailing list for the Parables Bookshelf Newsletters has tripled in the last six months. This is a tremendous blessing, for the need is great in this area. Men in prison need the encouragement and instruction of wholesome spiritual food more than most. Their environment is exceptionally dark spiritually. The men in prison who do have a hunger for spiritual food are generally far more ravenous than the average believer on the outside. I do sense the Father wanting me to make the outreach to men in prison a priority, and I am very happy to do so.

Along with the increase of men in prison receiving material, the amount of correspondence with them is also increasing. It is not unusual to receive letters from 10% of the men on the mailing list in any given week. This calls for patient responses to sincere questions and needs, and the printing of packets of writings to satisfy interest in particular areas of Biblical doctrine, or kingdom life.

At the same time, my regular e-mail with readers from my websites continues steady. This morning I am caught up in answering e-mail for the first time in weeks. I have had a desire to write more blog posts as there is a great deal transpiring in this world. Some recent stories that have caught my attention have been the unveiling of the Baphomet statue in Detroit, the projection of the image of Kali -the Hindu goddess of destruction and death on the Empire State Building, the participation of a homosexual couple in leading worship at the Hillsong church in New York City (a Bieber-friendly church), and numerous reports and prognostications of evil events set to occur from September forward. 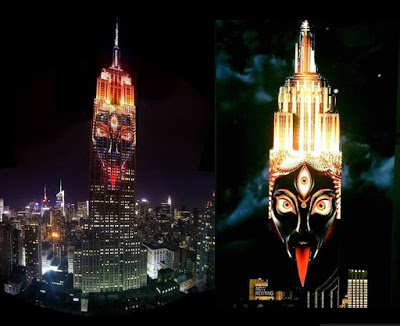 Kali – Empire State Building
(I believe the Empire State Building is symbolic of the Old World Order which must be torn down in order to make way for the New World Order. By projecting Kali onto the Empire State Building, a message is given of the upcoming destruction of the prevailing structures of the nations that a new order might arise out of the ashes of the destruction of the old. Some of Hollywood’s most expensive and successful recent movies dealt with the theme of covert government agencies destroying the old system of world order. Among them were Captain America – The Winter Soldier, and Mission Impossible – Rogue Nation. Hollywood is thoroughly under the control of Satan and he uses it to announce what he is doing.)

Videos on Upcoming Events in September
(Disclaimer: There is very little that I agree with regarding the narrative provided by the speaker in the following videos. I do NOT believe there will be a rapture event in September. I do NOT believe there will be an alien invasion, real or pretended. I have no reason to believe an asteroid will strike the earth causing massive destruction in this time period. The only reason I am sharing these links is that the creator of the videos has aggregated a significant amount of information from various sources that all point to the fact that this is a very important time period for Satan and his human disciples in the advancement of their plans to bring forth a New World Order, which is more properly referred to as “Babylon Rising.” The significance of the Pope meeting with President Obama and addressing a joint session of Congress during this time cannot be underestimated. It does not bode well for Americans, or the world at large.)

I also have some ideas on new books and writing series that I would like to work on, but at this moment I sense that the Father is telling me to take care of some personal projects that have been languishing. The following Scripture has come to my mind frequently of late.

Song of Solomon 1:6
They made me caretaker of the vineyards, but I have not taken care of my own vineyard.

These words, spoken by the Shulamite woman, the lover of King Solomon, express her concern that she was made to care for the vineyards of her brothers, while neglecting her own needs. Partly due to the quickly approaching Fall timeline when there will be a convergence of a great many signs and events, I sense the need to complete some outstanding projects while I have the means and opportunity. I have been putting these projects off because there was always another blog post to write, or more e-mail to answer, but I sense in the spirit that I should not put them off any longer. I am committed to continuing to send out the newsletters to men in prison every week, for their need is great, but aside from this I am sensing a leading to focus on completing some personal projects at this time. This will have the added benefit of freeing my mind from the nagging thought of labors that need attending to, so that when I do return to writing I can do so without distraction.

I am announcing this to the readers of the Parables Blog that you might understand why for the next couple weeks I may not be posting much, and why I may be slower to respond to personal e-mail. Also, my example may impress upon others the need to no longer delay in taking care of their own projects that the Father has directed them to complete. I appreciate your understanding of this matter.