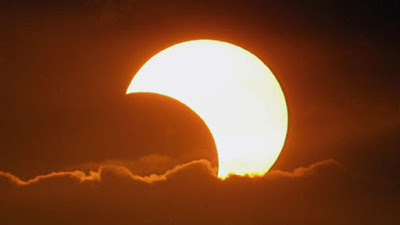 A lot of news has been coming to light over the past days. It looks more and more like a sign of impending judgment is coming to the United States of America. In 1918 we have to look back to find the nearest thing to this years American eclipse. I have found out that 1918 was the year of the Spanish flu epidemic. The eclipse took place on June 8th, 1918 and the deaths from the Spanish flu occurred after that with the greatest epidemic in October and November. It is reported that 28% of Americans became infected and 500,000 to 675,000 died as a result of it. It is estimated that the death toll for Americans went up 12%.

I don’t see this as an answer to the sign of the solar eclipse of 1918. If it were, the eclipse would have been seen all over the world. Some nations saw many more deaths than the United States. In India, for example, 17 million died. They did not experience a solar eclipse that year. No, we will have to look for something that occurred only in the United States.

It is also reported that a solar eclipse occurred in 1776. There were no total solar eclipses that year, and the one that was seen over the United States was only because there were no nations in North or South America at that time.

Note how the solar eclipse of 1776 dips below the United States. The only state it touches is Alaska.
There are no such troubles with this month’s solar eclipse. It starts in Oregon and ends in South Carolina. We can find some numbers with this years eclipse that are significant. Oregon is the 33rd state and South Carolina lies upon the 33rd parallel. 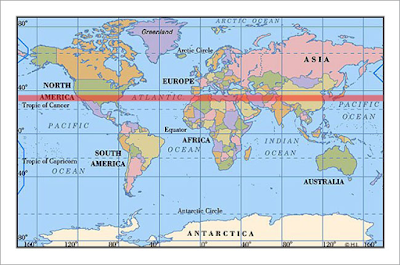 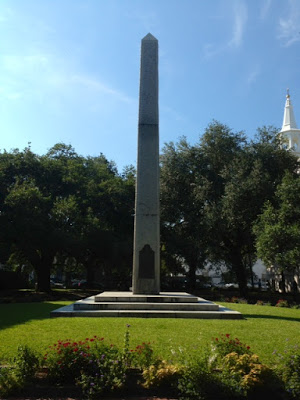 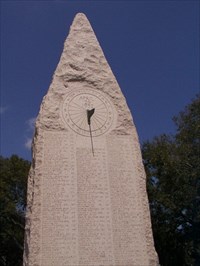 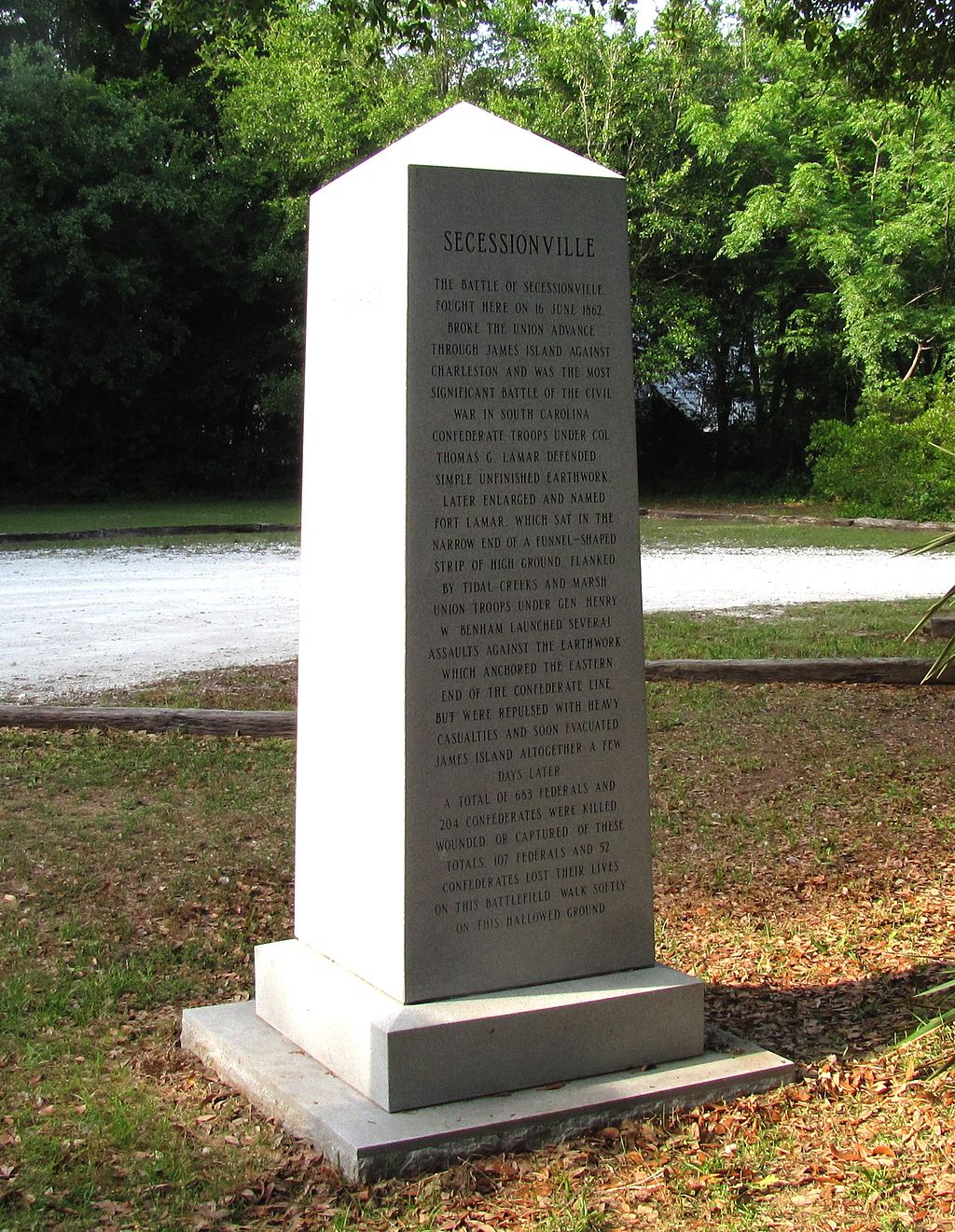 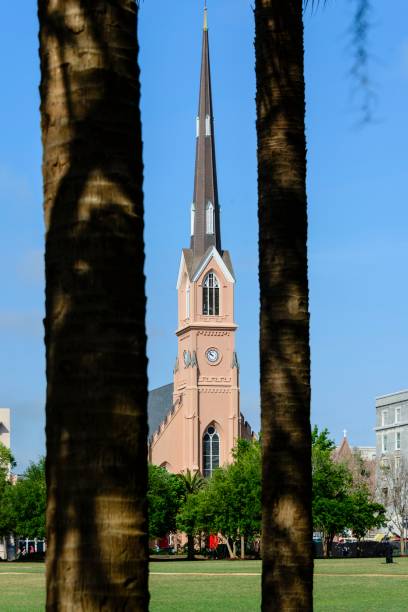 All of these are obelisks in the city of Charleston. There is hardly a city anywhere with more obelisks. An obelisk is the penis of the man, or a phallic symbol. It originated in Egypt. A website provides the following story.


According to Wikipedia, an obelisk is: “A tall, four-sided, narrow tapering monument which ends in a pyramid-like shape at the top. These were originally called ‘tekhenu’ by the builders, Ancient Egyptians.” What Wikipedia failed to mention is that the obelisk/tekhenu is actually a gigantic tribute to the phallus (penis).


In the book, Our Phallic Heritage (by Charles G. Berger), the author states: “All pillars or columns originally had a phallic significance, and were therefore considered sacred. Pan, the goat god and god of sensuality, was often represented as an obelisk… The obelisk is a long pointed four sided shaft, the uppermost portion of which forms a pyramid. The word ‘obelisk’ literally means ‘Baal’s shaft’ or Baal’s organ of reproduction.”


Another story links the obelisk to a different phallic myth – Osiris’ golden phallus.


Osiris was a king of Egypt who married his sister Isis. His brother Set wished to usurp the throne and so plotted his death. He tricked Osiris into climbing into a golden chest. As soon as he was inside, Set nailed down the lid and flung the chest into the Nile. It was carried off to Byblos in Syria where it came to rest against a small Tamarisk tree or Acasia tree, with the dead Osiris still inside. Isis found out what Set had done to Osiris, so she set off to find her husband. A vision led her to Byblos, where she recovered his body and took it back to Egypt.


Set stole it again and tore it into fourteen pieces, which he scattered throughout Egypt to prevent Osiris from coming to life again. Isis recovered all but one of the pieces – the penis – and gave Osiris a fit burial. Their son, Horus, avenged him by slaying Set. Another son, Anubis, resurrected Osiris with the ‘lion grip.’


Having triumphed over the grave, Osiris now reigns as king and judge of the so called dead. The piece of Osiris that Isis never recovered was the penis, which Set had thrown into the Nile where it was eaten by fish. Ever resourceful, Isis manufactured an artificial organ (the golden phallus) around which the Egyptians eventually established a cult or festival they could pay tribute to.


From this it is a small step to the conclusion that the obelisk was itself meant to be a phallic symbol. Whether of Osiris, Baal, or fertility in general, it was a representation of fatherhood and patriarchy.
[http://www.collective-evolution.com/2015/06/18/the-surprising-hidden-meaning-of-the-washington-monument/]

The Freemasons are in their many symbolisms Egyptian. This is why they build so many obelisks. Many of them who are members of the Blue Lodge, the initial 3 degrees of Freemasonry, are deceived about this, however. The Freemasons deceive their members as well as those outside of the lodge. Albert Pike made the following statement in his book Morals and Dogma.

The Blue Degrees are but the outer court or portico of the Temple. Part of the symbols are displayed there to the Initiate, but he is intentionally misled by false interpretations. It is not intended that he shall understand them; but it is intended that he shall imagine that he understands them. Their true explication is reserved for the Adepts, the Princes of Masonry…


Masonry, like all the Religions, all the Mysteries, Hermeticism and Alchemy, conceals its secrets from all except the Adepts and Sages, or the Elect, and uses false explanations and misinterpretations of its symbols to mislead those who deserve only to be misled; to conceal the Truth, which it calls Light, from them, and to draw them away from it. Truth is not for those who are unworthy or unable to receive it, or would pervert it….


The truth must be kept secret, and the masses need a teaching proportioned to their imperfect reason…
[Source: Albert Pike, Morals and Dogma, Published 1871]

Freemasonry is set against God and His Son Yahshua Christ. Freemasonry was here at the founding of America as a nation. George Washington was a Freemason, and many of the men who served with him in the War of Independence. Albert Pike has said,

That which we must say to the crowd is – We worship a God, but it is the God that one adores without superstition.


To you, Sovereign Grand Inspectors General [of the 33rd degree], we say this, that you may repeat it to the Brethren of the 32nd, 31st, and 30th degrees – The Masonic religion should be, by all of us initiates of the high degrees, maintained in the purity of the Luciferian doctrine.


If Lucifer were not God, would Adonay, the God of the Christians, whose deeds prove his cruelty, perfidy, and hatred of man, barbarism and repulsion for science, would Adonay and his priests, calumniate him?


Yes, Lucifer is God, and unfortunately Adonay is also God. For the eternal law is that there is no light without shade, no beauty without ugliness, no white without black, for the absolute can only exist as two Gods: darkness being necessary to light to serve as its foil as the pedestal is necessary to the statue, and the brake to the locomotive…


Thus, the doctrine of Satanism is a heresy; and the true and pure philosophic religion is the belief in Lucifer, the equal of Adonay; but Lucifer, God of Light and God of Good, is struggling for humanity against Adonay, the God of Darkness and Evil.
[A.C. De La Rive, La Femme et L’enfant dans La Franc-Maconnerie Universelle (Women and Children in Universal Freemasonry), Page 588 ]

There are more Egyptian symbols which this solar eclipse will darken, and they no doubt have a link to Freemasonry. Yahweh is about to bring America low as a nation, and He is giving a sign of what He is about to do. Besides the eclipse beginning and ending in states linked to the number 33, aside from the fact that Charleston is a Masonic stronghold, there are a number of Egyptian names in the next two solar eclipses, August 21st, 2017 and April 8th, 2024. Makanda, Illinois is a small town at the center of where the two eclipses will pass. According to a February 24, 1921 edition of the Woodland Daily Democrat, in an article titled Slogans of the Various Illinois Cities, the town of Makanda used the slogan “Star of Egypt.” The word Makanda was believed to be the name of the Star of Egypt. In fact the whole section of the state of Illinois is called “Little Egypt.” 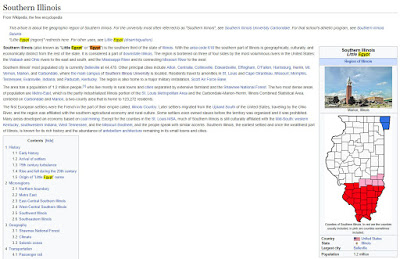 In the map to the right of the image above the red part of the state of Illinois is called “Little Egypt.” There was a lot of Egyptian names given to the towns and cities in the region. 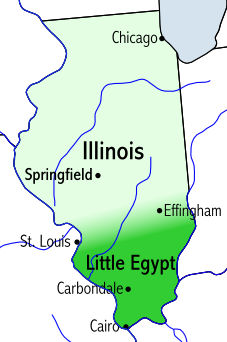 The motives for naming these cities were Masonic, although Masons were warned against telling why they were naming towns and cities. Each town is given an alternate explanation for the reason it is named. Names such as Cairo, Thebes, and Makanda became prevalent, as did Memphis, Tennessee just 100 miles down the river. How do we know that these towns and cities were named by Freemasons? Do a search on any of the names of the men who named them. For example, there was a Shadrach Bond who became the first governor of Illinois. A year before he became governor in 1818 he was among a group of 9 men who made up the incorporators of the bank and town of Cairo.

Shadrach Bond was made a Freemason in Temple Lodge No. 26, Reisters Town, Baltimore County, Maryland. When he moved to Illinois, he became a member of lodge The Western Star Lodge No. 107, Kaskaskia, Territory of Indiana on December 27, 1806. Bond was elected Illinois first Grand Master when the first Illinois Grand Lodge was constituted on December 11, 1822…


In September 2008, his obelisk – the tallest and most prominent monument in the cemetery – was toppled by Hurricane Ike.
[https://en.wikipedia.org/wiki/Shadrach_Bond] 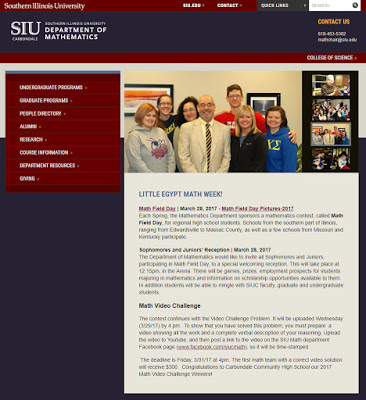 
The newspaper for the school is called the Daily Egyptian. The sports team is called the Salukis, a type of dog that is popular in Egypt. I doubt there are but a remnant in the region that are familiar with all of these names even as I was one of the few who understood Macon, Georgia was named after the French word for Mason.
(http://heart4god.ws/index_htm_files/Freemasonry_the_Spirit_of_Babylon.pdf) 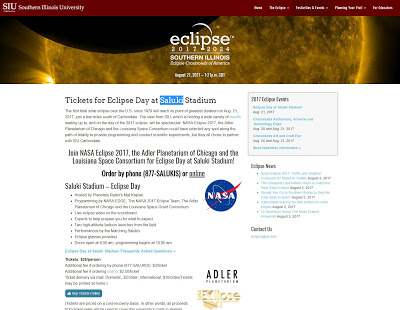 All of this is named after the Freemasons. Both of these two solar eclipses go right across Little Egypt, making their intersection there. The eclipse begins in Oregon, the 33rd state in the union and it ends in Charleston a state on the 33rd parallel. Charleston itself is full of Egyptian idols, having numerous obelisks and Masonic lodges. What could this solar eclipse be signifying? We won’t have long to find out. I urge those of you who live in the United States to pray and to watch it. It is being billed as one of the greatest spectacles to see.